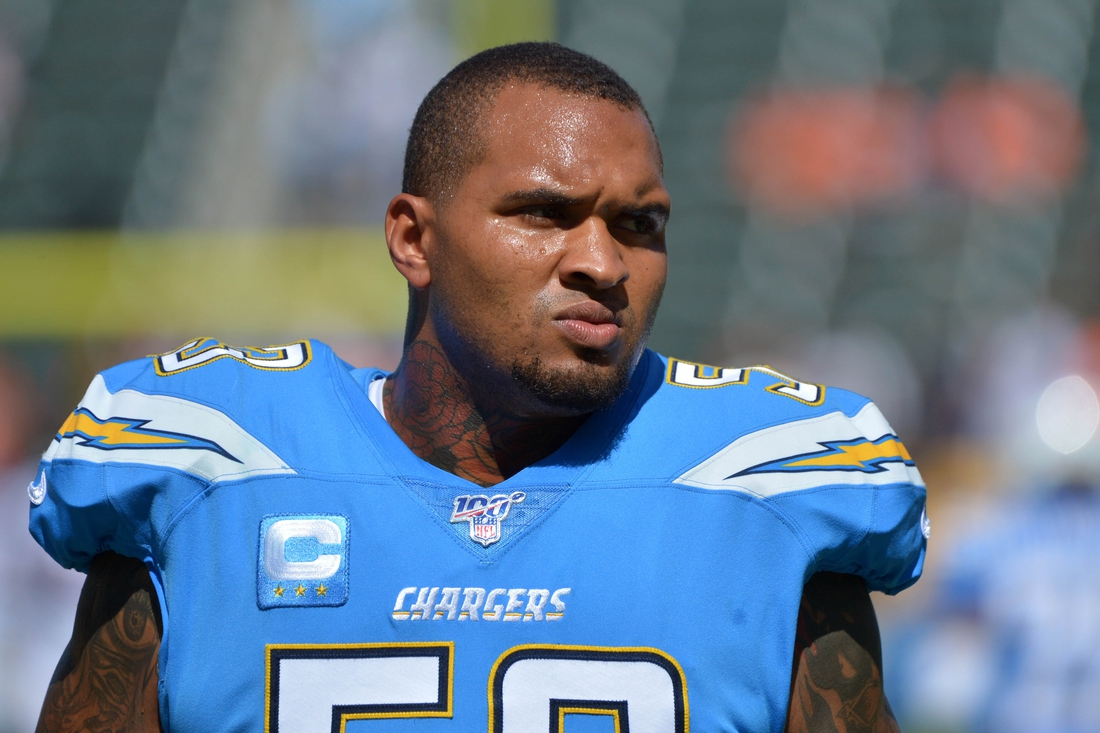 Los Angeles Chargers center Mike Pouncey told reporters on Wednesday that doctors have cleared him to play the 2020 season.

Pouncey sustained a neck injury during the Chargers' 20-13 loss to the Denver Broncos on Oct. 6. He was placed on injured reserve three days later.

"I feel great," Pouncey said Wednesday on a Zoom call with reporters. "It's still a process coming back from neck surgery, so I'm just in the rehab stages. But yes, if you (were) to ask the doctor that did my surgery, I've been cleared to play."

Pouncey said he has returned to his normal training routine and expects to be to be a "full go" when players are allowed to return to the field. California remains under "safer at home" restrictions because of the coronavirus pandemic.

Pouncey, 30, started all 16 games and earned his fourth Pro Bowl selection in his first season with the Chargers in 2018.

Pouncey has started all 114 games in which he has played for the Chargers and Miami Dolphins. He was selected by the Dolphins with the 15th overall pick in the 2011 NFL Draft.