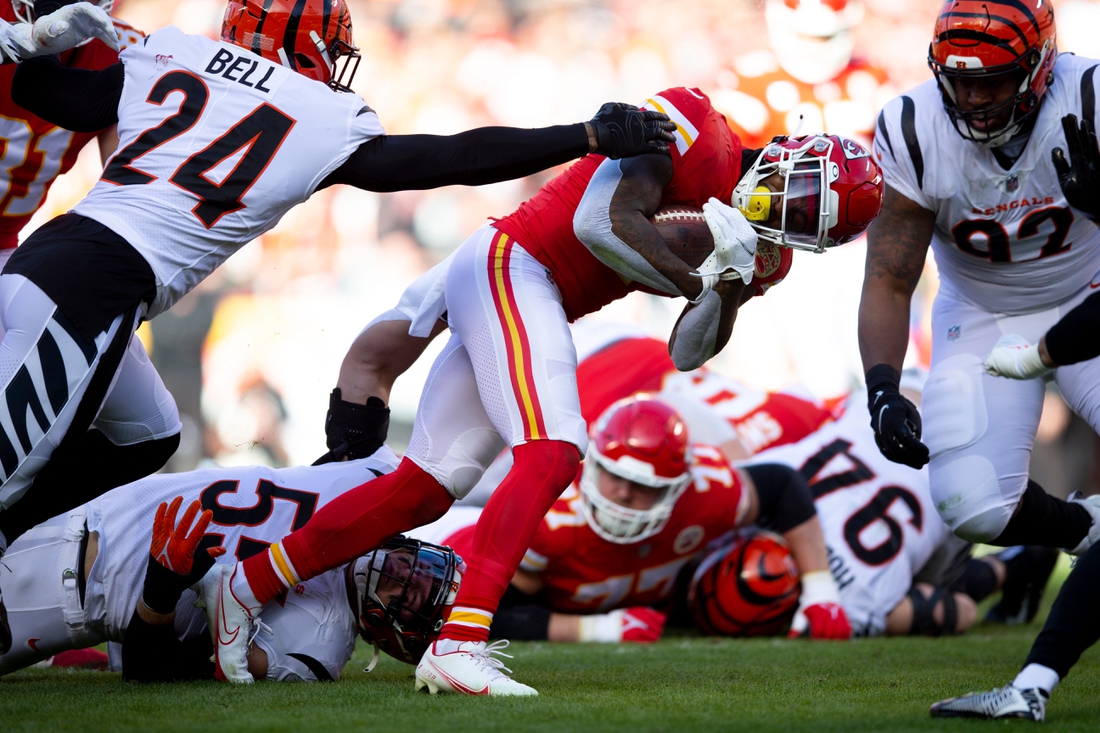 Evan McPherson sent the Cincinnati Bengals to the Super Bowl for the first time since 1989 with a 31-yard field goal in overtime, capping an 18-point rally en route to a 27-24 upset of the host Kansas City Chiefs in the AFC Championship Game on Sunday.

Cincinnati, which had the worst record in the NFL two seasons ago, overcame a 21-3 first-half deficit against Patrick Mahomes and Kansas City, holding the high-powered Chiefs to three points after halftime.

Joe Burrow threw for 250 yards and two touchdowns and the rookie McPherson went 4-for-4 on field goals for the fourth-seeded Bengals, who will face either the Los Angeles Rams or San Francisco 49ers in the Super Bowl on Feb. 13.

Mahomes passed for 275 yards, three touchdowns and two picks for Kansas City. The second-seeded Chiefs, who got the ball first in overtime last weekend and drove for the winning touchdown against Buffalo, once again won the overtime coin toss Sunday.

However, Mahomes was intercepted on the third play on a deep ball that was broken up by Jessie Bates III and intercepted by Vonn Bell. Burrow and Joe Mixon helped move the ball deep into Kansas City territory, and McPherson drilled his kick to stun the home crowd.

With the game tied 21-21, McPherson snuck a 52-yard field goal inside the left upright with 6:07 to play in the fourth quarter, giving the Bengals their first lead of the game.

That, of course, left more than enough time for Mahomes, who drove the Chiefs inside the Cincinnati 10 with a chance to tie or win the game.

On the next-to-last play of regulation, Mahomes attempted to buy time deep in the pocket before he was stripped by Sam Hubbard. Kansas City recovered, but it forced Harrison Butker to attempt a 44-yard field goal, which he drilled at the buzzer to force overtime.

Trailing 21-3, the Bengals finally generated some momentum in the final 65 seconds of the first half, beginning with Samaje Perine taking a screen pass 41 yards for a touchdown to get the visitors within 21-10. Then after the Chiefs drove to the Cincinnati 1, the Bengals tackled Tyreek Hill inbounds on the final play of the half, causing the typically crisp Kansas City offense to leave points on the board.

Cincinnati’s defense opened the second half strong, as well. The Bengals forced punts on the first two Chiefs possessions and then got within 21-13 on a 31-yard McPherson field goal.

Two plays later, 303-pound lineman B.J. Hill tipped a Mahomes pass and intercepted it, leading to Burrow’s TD strike to Ja’Marr Chase on third-and-goal from the 2. The ensuing two-point conversion pass to a wide-open Trent Taylor tied the score at 21.

Even after Burrow was intercepted by L’Jarius Sneed, Cincinnati’s defense forced another punt, sacking Mahomes on third down for the second consecutive drive.