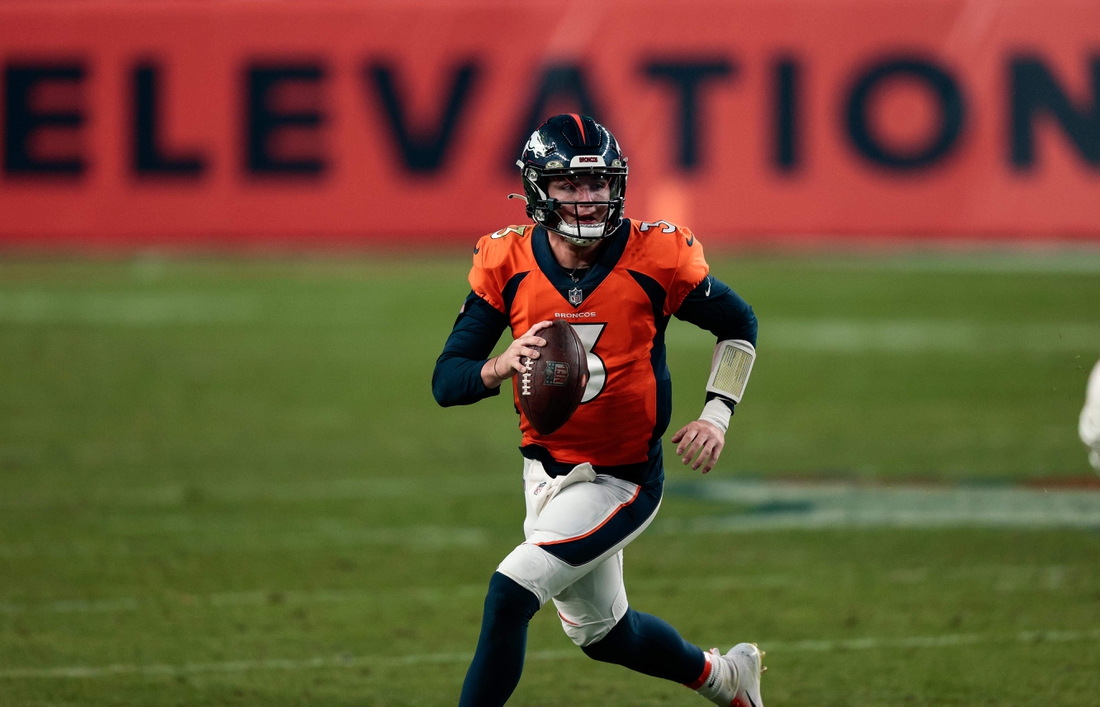 Denver Broncos quarterback Drew Lock took to Twitter on Sunday to apologize after confirming reports that he did not wear a mask inside the team’s facility during the week.

Lock, along with fellow quarterbacks Brett Rypien and Blake Bortles were not eligible to play in Sunday’s game in Denver against the New Orleans Saints after being labeled as high-risk close contacts.

“In a controlled and socially distanced area, we let our masking slip for a limited amount of time,” Lock said on twitter.

“An honest mistake, but one I will own. I sincerely apologize and I fully understand why these safety precautions are so important. Doing the right thing for a majority of the time is not good enough.”

Not having Lock nor Rypien or Bortles left the Broncos with no quarterbacks against the Saints. Kendall Hinton, an undrafted rookie receiver who was previously a member of the Broncos’ practice squad, was introduced as the Broncos starting QB before Sunday’s game.

Hinton, previously a quarterback and wide receiver at Wake Forest, threw for 1,504 yards in college and completed 53 percent of his passes.

“I pray for my teammates’ healthy, safety and success today,” Lock said in his statement.

“I look forward to getting back on the field next week. Go Broncos.”

Denver asked if they could activate quality control coach Rob Calabrese to play quarterback, but the request was denied by the NFL.