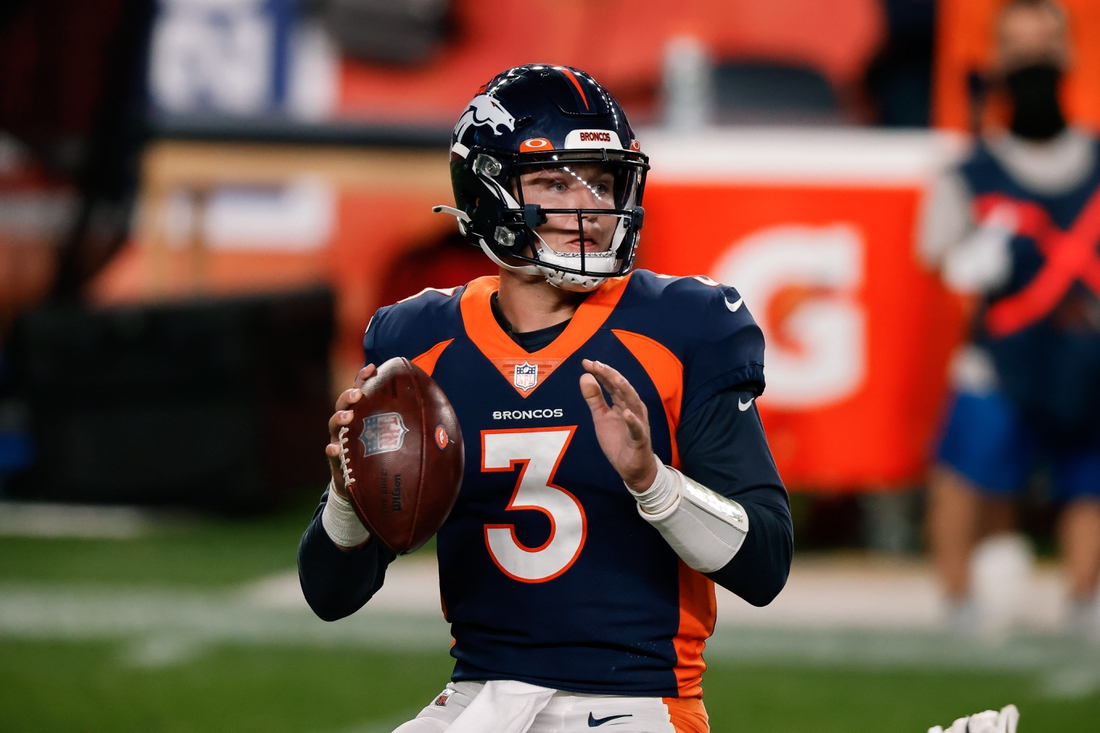 Denver Broncos quarterback Drew Lock was a full practice participant on Wednesday as he closes in on a return from an injury to his passing shoulder.

Lock suffered his injury in Week 2 against the Pittsburgh Steelers when he landed hard on his right shoulder.

Denver coach Vic Fangio hasn’t named a starter for Sunday’s game against the New England Patriots. Fangio said either Lock or Brett Rypien will start, while allowing it will depend on how well Lock progresses during the week.

Lock is pointing toward being the starter against the Patriots.

“It feels good to be doing what I love and doing what I feel like I was put down here to do,” Lock said after Wednesday’s practice. “… Great to be back with the guys, calling plays in the huddle … gets pretty lonely back there with the headset.”

Lock passed for 216 yards and one touchdown in a season-opening loss to the Tennessee Titans. But he was hurt early in the game against the Steelers and has missed the past two games.

Rypien made his first career start in Week 4 and passed for 242 yards and two touchdowns in a 37-28 win over the New York Jets. But he also displayed his inexperience by throwing three interceptions and making a couple other questionable throws.

The Broncos will return to Lock when they think he is healthy and Lock said the shoulder is definitely ready for contact.

“I am ready for the first hit, just to get it out of there, let it happen, let everyone hold their breath for a couple seconds and when I get up everything is just fine,” Lock said. “… I’m excited to get back out there.”