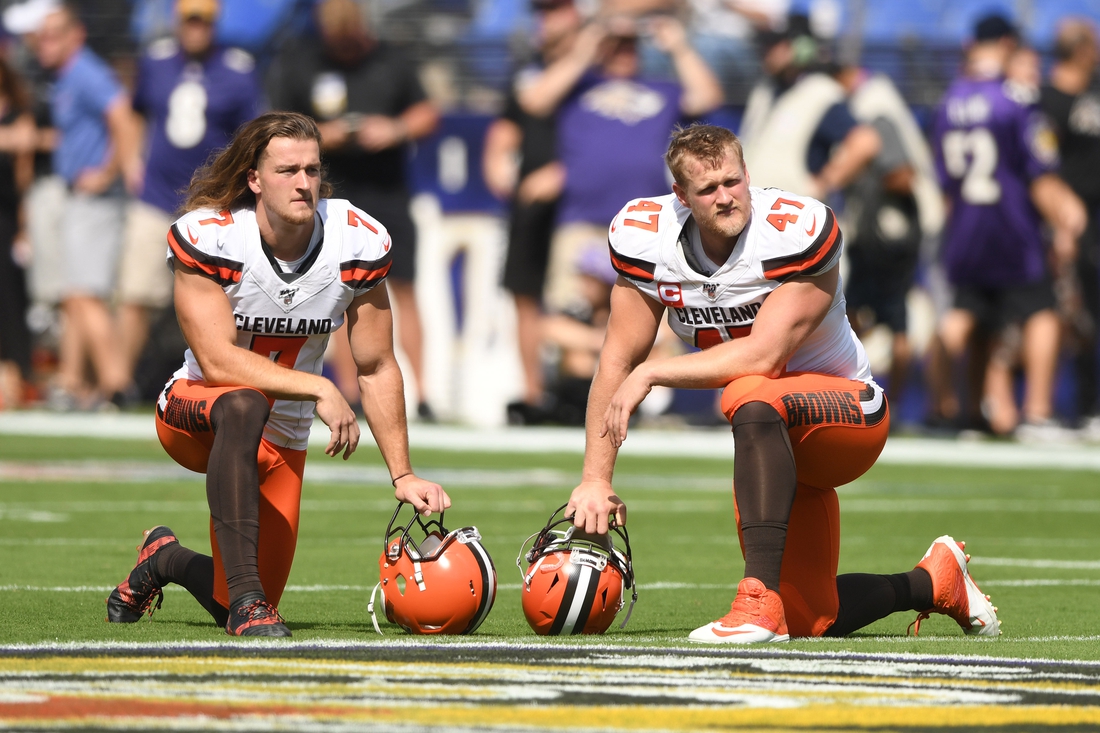 Gillan, 23, is a former rugby player from Scotland who joined the Browns as an undrafted free agent in 2019. He played in all 16 games and finished 10th in the NFL with an average of 46.2 yards per punt.

Booker, 28, signed with the Raiders in May as an unrestricted free agent after four seasons with Denver. The 2016 fourth-round pick rushed for 1,103 yards and six touchdowns and caught 105 passes for 872 yards and one score in 61 games with the Broncos from 2016-19.

Meanwhile, Jacksonville Jaguars rookie cornerback Josiah Scott was activated from the COVID-19 list Thursday. He was one of six Jaguars placed on the list earlier this week.

“My first test for Covid came back positive but then was re-tested multiple times the following days after that and those results have all been negative. My first test was a false positive guys so we’re all good,” Scott said in a now-deleted tweet, per Sports Illustrated. “Just had to do the protocol.”

The Jaguars selected Scott, 21, in the third round of the 2020 NFL Draft out of Michigan State.