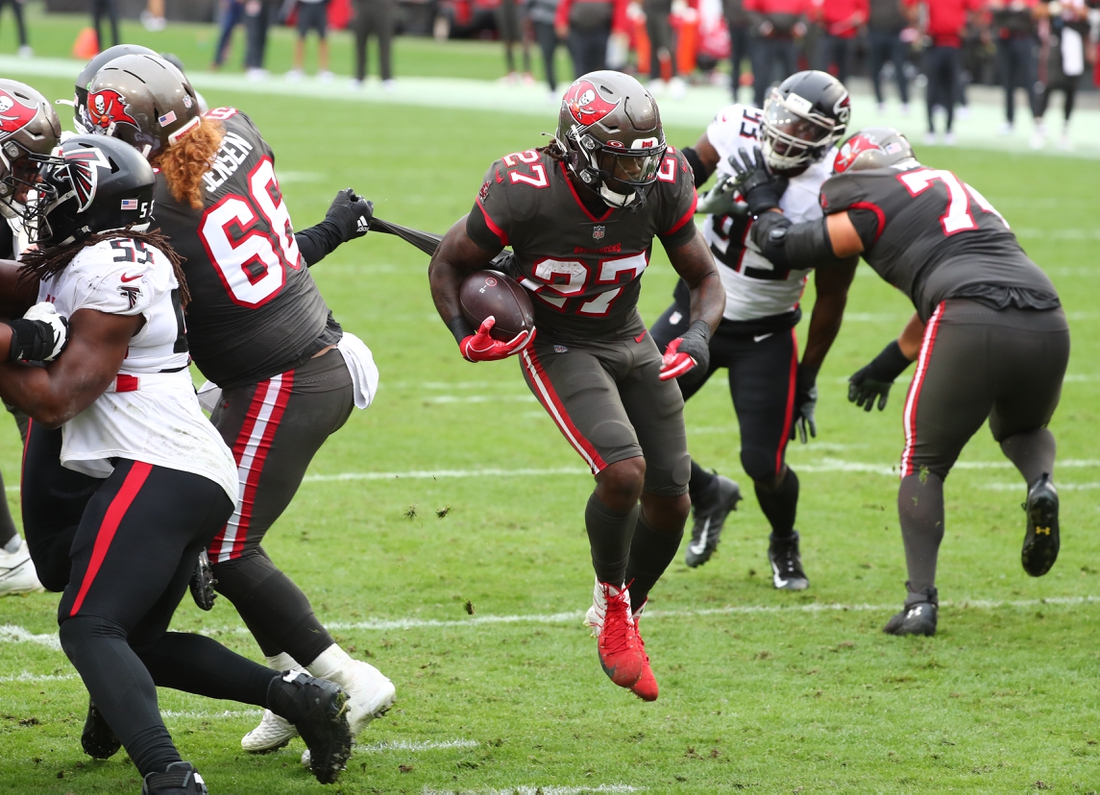 Jones, 23, was active for Saturday’s wild-card game against the Washington Football Team, however he aggravated a quad injury prior to the contest.

Fellow running back Leonard Fournette stepped up in his absence, rushing 19 times for 93 yards and a touchdown in Tampa Bay’s 31-23 win over Washington.

Jones led the team in carries (192), rushing yards (978) and rushing touchdowns (seven) during the regular season.

The Bucs visits the New Orleans Saints on Sunday in an NFC divisional playoff game.