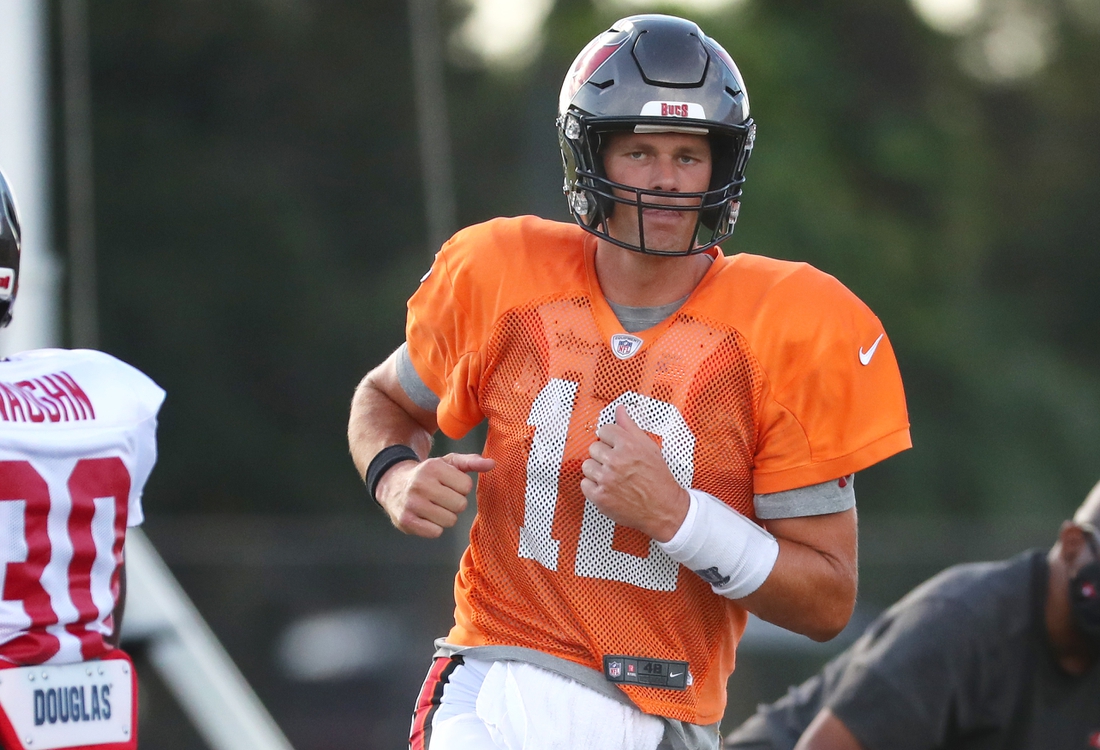 That rule is underscored six times when the quarterback is 43-year-old Tom Brady, who has won six Super Bowl titles.

Cam Gill apparently didn’t get the memo, however, as the rookie knocked a backpedaling Brady to the ground on Monday, according to PewterReport.

PewterReport later revealed it was Gill who lowered the boom.

Brady didn’t seem the worse for wear after the exchange, however social media had a field day.

“I once accidentally knocked Tom down in a Friday practice before a Super Bowl on a double fake screen thing where I thought I was running past him, but he reversed out into the path I was on. In that instant, my life & career flashed before my eyes.”

Gill is an undrafted free agent from Wagner.