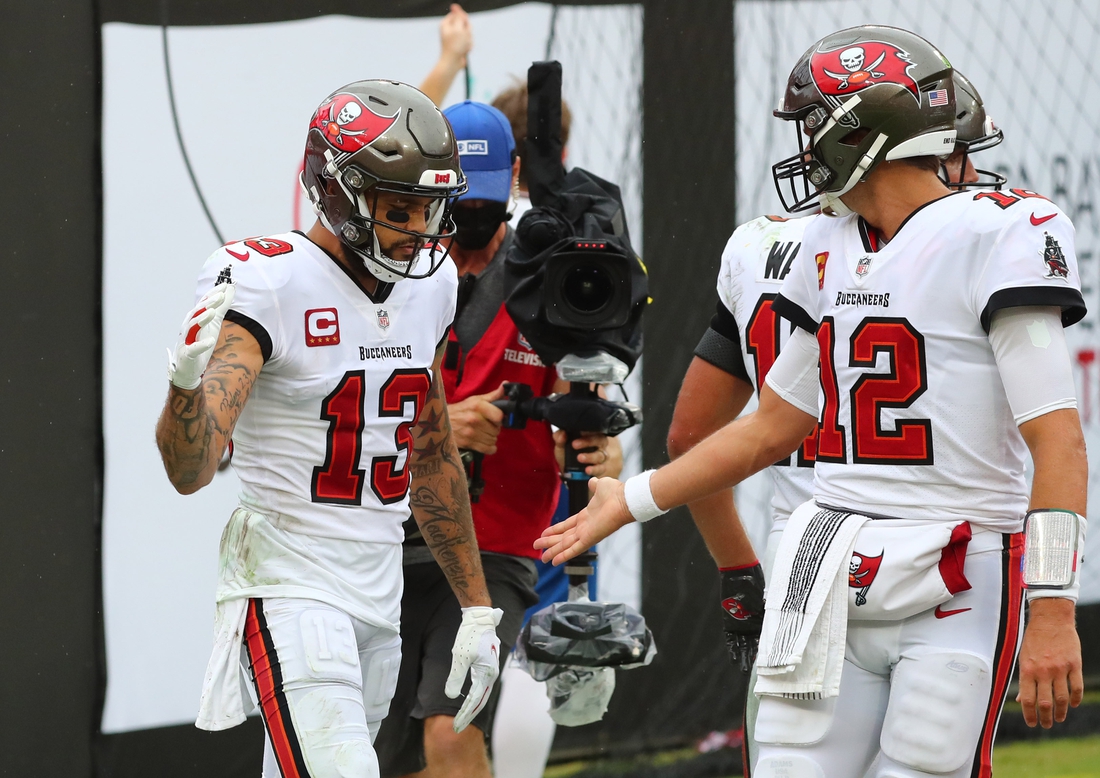 Tampa Bay Buccaneers wide receiver Mike Evans was able to run without restriction Thursday and is a game-time decision for Saturday night’s road playoff game against the Washington Football Team.

Head coach Bruce Arians said the Buccaneers will monitor how Evans responds physically Thursday and Friday. He is likely to work out on the field Saturday in pregame before any final call is made on keeping him active.

Evans, 27, underwent an MRI exam following his Week 17 injury, which was determined to be a hyperextended left knee. No ligament damage was detected.

The three-time Pro Bowl selection has a record seven consecutive 1,000-yard seasons to begin his NFL career but has never participated in a playoff game.

In his first season with Tom Brady at quarterback, Evans caught 70 passes for 1,006 yards and 13 touchdowns. A potential 14th touchdown catch went by the wayside on the play on which Evans was hurt last week. He lost his footing in the end zone and didn’t return to the game.