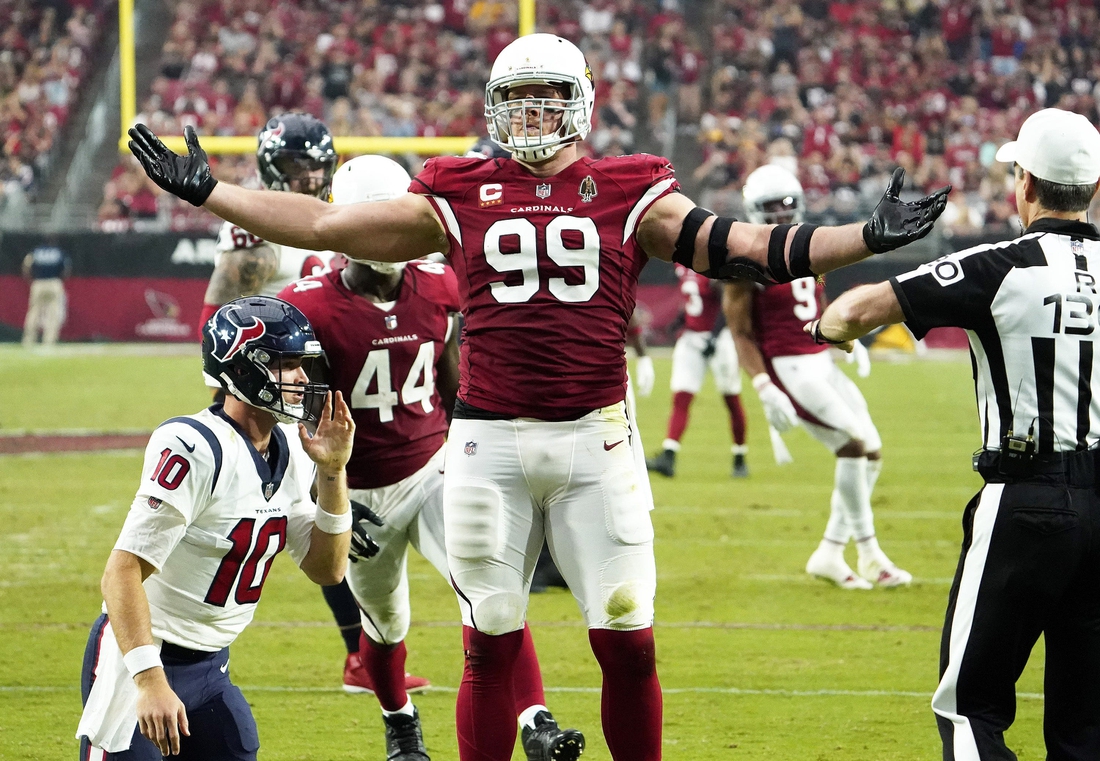 Cardinals rule out J.J. Watt for TNF with shoulder injury

Arizona listed Watt as a non-participant all week due to a shoulder injury.

In his first season with the Cardinals after 10 years in Houston, Watt started the first seven games of the season and has recorded 16 tackles, 10 quarterback hits, one sack and one forced fumble.

He only played 30 defensive snaps in Week 7 against his former team, the Texans, before popping up on Arizona’s estimated injury report the next day.

Wide receiver DeAndre Hopkins, like Watt, was marked down as “DNP” all week with a hamstring injury. Hopkins, however, is listed as questionable for Thursday night.

On Green Bay’s side, tackle Dennis Kelly (back) was a limited participant in Wednesday’s practice but is doubtful for the game. Cornerback Kevin King (shoulder, back) and linebacker Preston Smith (oblique) are questionable.

The 7-0 Cardinals, the last undefeated team in the NFL, host the 6-1 Packers.