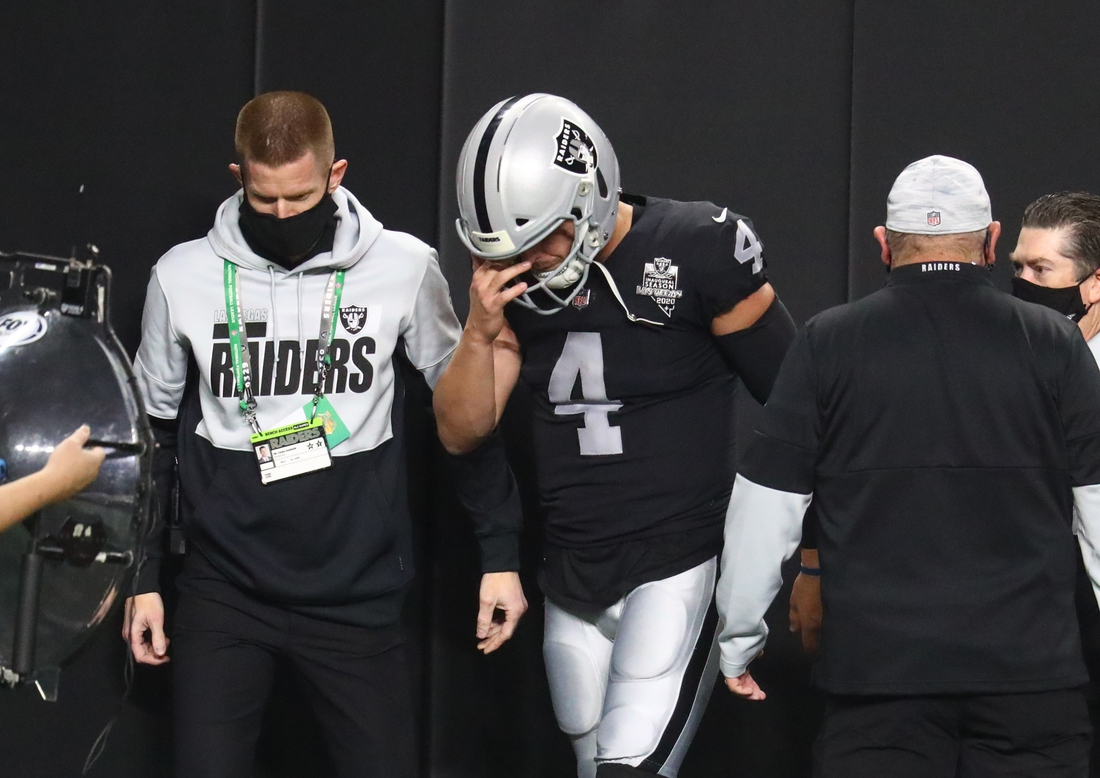 Carr practices in full, on track to play vs. Dolphins

Las Vegas Raiders quarterback Derek Carr was a full practice participant on Wednesday as he recovers from a groin injury, and appears to be on track to play in Saturday night’s game against the Miami Dolphins.

Carr was injured while scrambling near the end zone of last Thursday’s 30-27 overtime loss to the Los Angeles Chargers. He had been limited in practice on Tuesday before being updated Wednesday.

The durable Carr has missed just two regular-season starts in seven years as an NFL starter. He broke his ankle in Week 16 of the 2016 season and sat out the final game of the regular season plus the club’s playoff loss to the Houston Texans. In 2017, he missed just one game after breaking his back.

Carr has thrown for 3,396 yards and 24 touchdowns passes against seven interceptions this season.

If Carr can’t play, Marcus Mariota would start for the Raiders (7-7), who have dropped four of their past five games. Mariota passed for 226 yards, one touchdown and one interception and rushed for 88 yards and a score against the Chargers.

The Raiders will be without linebacker Nick Kwiatkoski after placing him on the COVID-19 list on Wednesday. The team activated cornerback Isaiah Johnson from the same list.