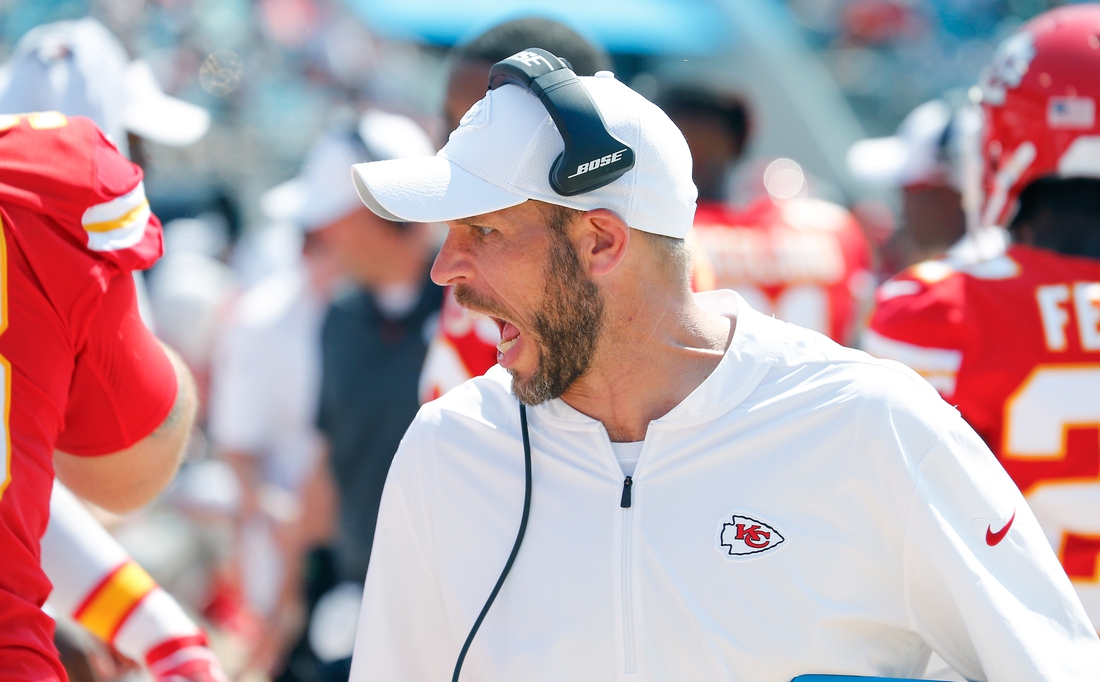 The Kansas City Chiefs placed outside linebackers coach Britt Reid, the son of head coach Andy Reid, on administrative leave on Tuesday amid an investigation into a traffic crash that hurt two children and left one with life-threatening injuries.

Britt Reid, 35, was involved in a multi-vehicle crash Thursday on the side of a highway entrance ramp near the team’s training complex next to Arrowhead Stadium.

Britt Reid, who has been on his father’s staff since Andy Reid arrived ahead of the 2013 season, did not travel with the team to the Super Bowl in Tampa.

Britt Reid acknowledged to police he was driving his Dodge Ram truck that struck a Chevrolet Traverse that had arrived to assist a Chevrolet Impala that had run out of gas, according to reports.

Reid’s vehicle struck the Impala first before striking the Traverse, injuring a 5-year-old, whom the Chiefs identified as Ariel Young, and a 4-year-old, both of whom were in the backseat of the Traverse. Young suffered life-threatening injuries and the 4-year-old did not, though both were transported to a local hospital.

“We remain in the process of gathering information on the incident, and we will continue to assist local authorities as requested,” the Chiefs said in a statement Tuesday. “Our focus remains on Ariel Young and her family. We have reached out to the family to offer our support and resources to them during this difficult time, and we will continue to pray for her recovery.”

Britt Reid’s eyes were bloodshot and that the officer smelled “a moderate odor of alcoholic beverages,” according to a police officer statement obtained by multiple media outlets.

According to the search warrant filed after the accident, Reid reportedly told the officer he had two to three drinks and that he also took prescription Adderall.

Andy Reid said Britt Reid, who was taken to the hospital with stomach pain after the crash, underwent surgery but declined to comment further.