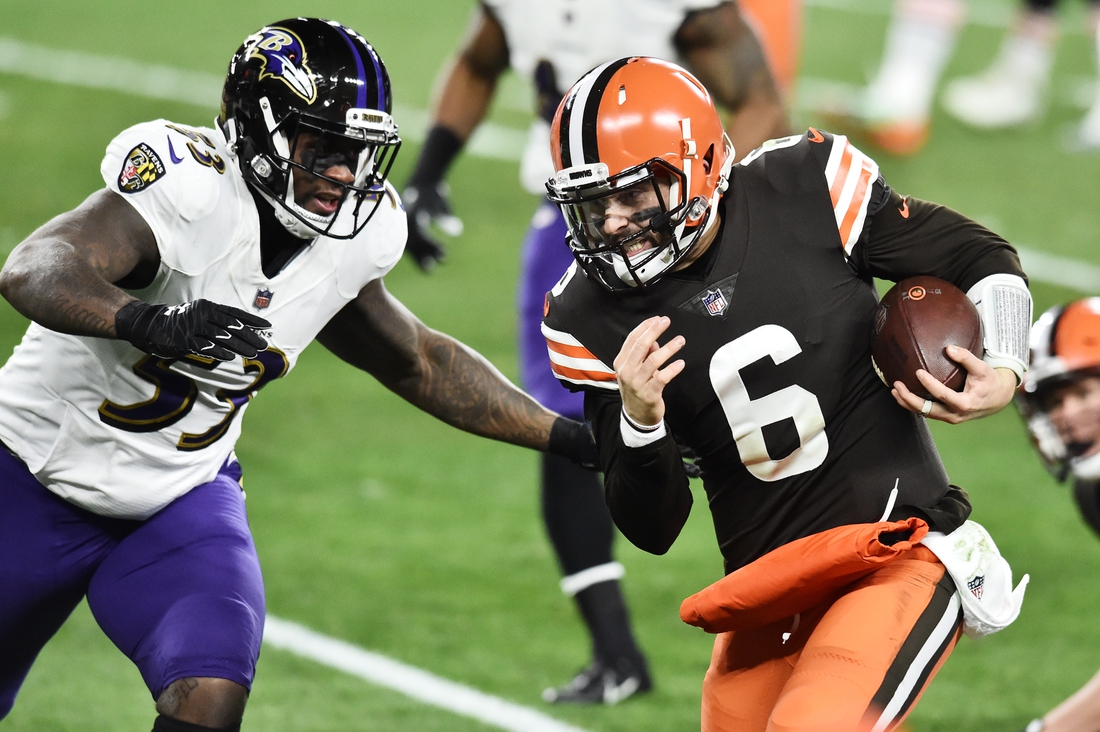 Just a couple of years ago, the Cleveland Browns and New York Giants were the laughingstocks of the NFL. In 2017, they went a combined 3-29, which earned them the top two spots in the 2018 draft order. The following two campaigns? Not much better: 22-41-1.

But now? Now they’re being flexed into prime time together in the third-to-last week of the 2020 regular season.

Of course, the Giants remain a sub-.500 squad that is only receiving buzz because it could win the NFC Least pretty much by default, but that doesn’t change the fact the G-Men have a shot. And it’s worth noting that the team’s 26-7 Week 14 loss to the Arizona Cardinals — a game in which they were hampered by the fact quarterback Daniel Jones was far from 100 percent healthy — was their first loss by more than one score dating back to September.

So can the G-Men put up a fight at home Sunday night in order to remain in the NFC East picture? Doing so would require them to cover a five-point spread in favor of a Browns team trying to lock up its first playoff berth since 2002.

SugarHouse was among the first to the US regulated betting market and backed by legitimate casino heavyweights in Rush Gaming. Trusted!

WHY THE BROWNS WILL COVER THE SPREAD

Jones has a new injury. Already hampered by a bad hamstring, a sprained ankle could keep him out of Sunday’s contest. Colt McCoy isn’t an appealing option, but neither is a hampered Jones. Keep in mind that while the Giants offense had become more efficient before hitting a snag of late, it still wasn’t explosive. Jones has eight touchdown passes all season. He’s started a dozen games!

The BrownS are also simply rolling right now. They fell short in a Monday Night Football shootout against the Baltimore Ravens, but that was damn close to a moral victory as Baker Mayfield and the offense consistently made plays. The Giants defense exceeded expectations this season but has still performed below the league average in terms of DVOA (Defense-adjusted Value Over Average) against the pass. Mayfield could have a big night.

WHY THE GIANTS WILL COVER THE SPREAD

Until hitting a speed bump in Arizona, they were hanging with everybody they played on a weekly basis. The backdoor cover is also a possibility in a situation like this, and it’s possible the Browns will be pooped and unfocused while operating on short rest following that emotionally exhilarating affair with Baltimore.

The Browns can’t afford to look ahead of the Giants, but that’s exactly what you might expect an inexperienced, oft-snakebitten team to do.

My impression is the Giants’ moment is over. It was surprising and exciting while it lasted, but the fire is likely out now and it looks as though the Washington Football Team will steal the NFC East. They were playing above their heads anyway and the Browns are riding a wave that could turn this into a blowout.

Brad Gagnon
Brad Gagnon has been passionate about both sports and mass media since he was in diapers -- a passion that won't die until he's in them again. He was a lead contributor to an earlier incarnation of NationalFootballPost.com and was happy to return when new management revived the brand in 2020. Based in Toronto, he's covered the NFL since 2008 and has been a national NFL writer at Bleacher Report since 2012. He despises all 32 NFL teams equally but remains a fan of the Montreal Canadiens, Toronto Blue Jays and Toronto Raptors. He can be reached at Brad@NationalFootballPost.com

He will be going for his 7th in two weeks.

Le'Veon Bell and Antonio Brown are both in the Super Bowl.