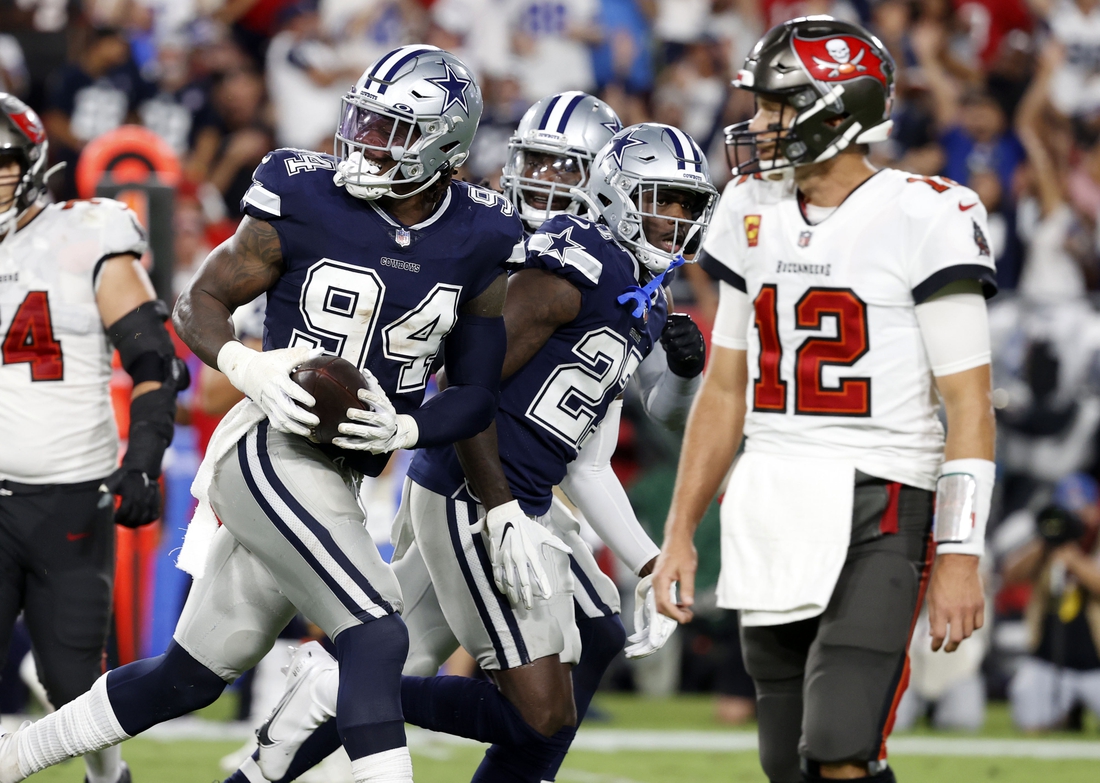 The Dallas Cowboys may be without another one of their starters against the Los Angeles Chargers this weekend, as defensive end Randy Gregory tested positive for COVID-19 and was placed on the reserve/COVID-19 list.

USA Today is reporting that Gregory is fully vaccinated and asymptomatic.

The development comes balanced against the positive news of the return of six-time Pro Bowl guard Zack Martin and backup lineman Brandon Knight from that same list. Martin and Knight missed the Cowboys’ opener, a 31-29 loss against the Tampa Bay Buccaneers, last week.

The Cowboys also announced that wide receiver Michael Gallup (calf) has been placed on IR, ruling out a return for him until October. His earliest possible return would likely be against the Giants in Week 5.

Gallup injured the calf in the Buccaneers’ game. He caught four passes for 36 yards in the game.