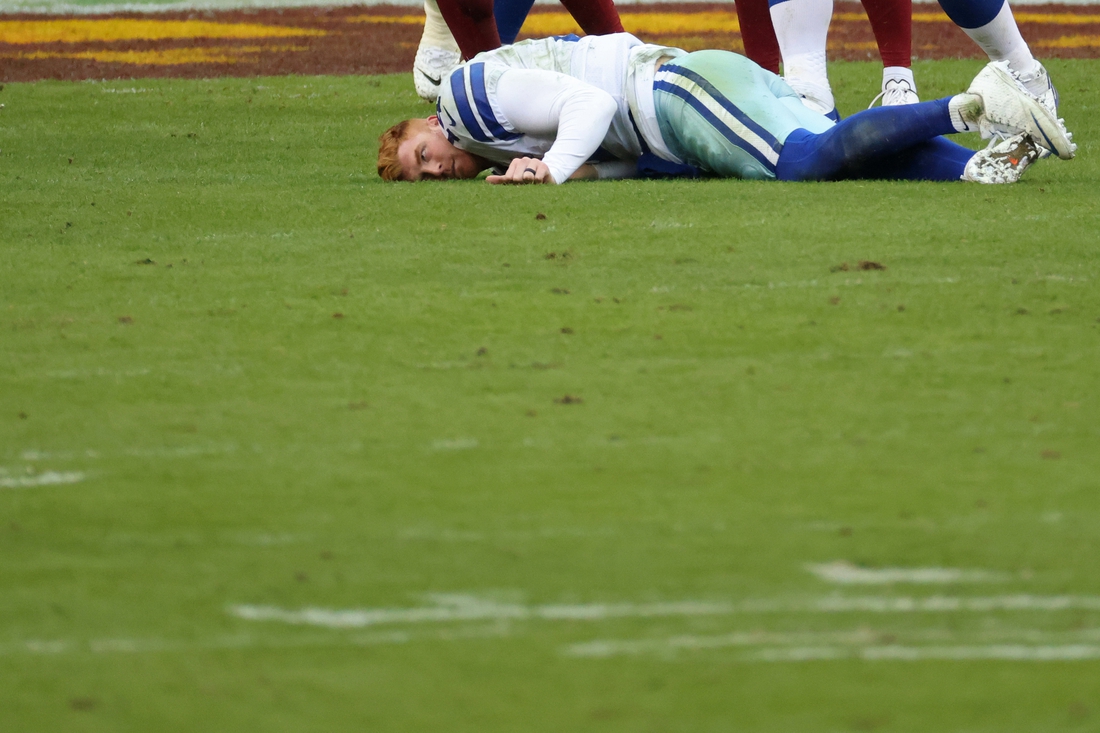 Quarterback Andy Dalton is in the NFL concussion protocol for the first time in his career.

The Dallas Cowboys are not certain Dalton will be available this week. His head injury was the result of a direct shot from Washington Football Team linebacker Jon Bostic while sliding feet first in Sunday’s game.

“Obviously Andy is in protocol. He’ll have to work through that,” said Cowboys COO Stephen Jones said on 105.3 The Fan on Monday. “Of course, the lick that he took, the hit that he took when he was sliding is exactly what we don’t want in our game. I think the refs handled it accordingly and ejected the player, and probably what you would fully expect on a situation like that.

“So, it’s never going to be perfect. This is a fast game, and as we know, levels are changing. It’s very unfortunate obviously. Andy is a pro and thinking about him, and he’ll be in protocol, and we’ll see how he progresses.”

Rookie Ben DiNucci is Dalton’s backup and finished the 25-3 loss to Washington on Sunday. He’s in line to start if Dalton isn’t cleared.

Guard Zack Martin, who missed Sunday’s game with a concussion he sustained the week before against Arizona, will be ready to go this week, Jones said on Monday. Jones also said center Joe Looney “has a chance” to play this week.

Looney has been out with a sprained MCL since Oct. 4.