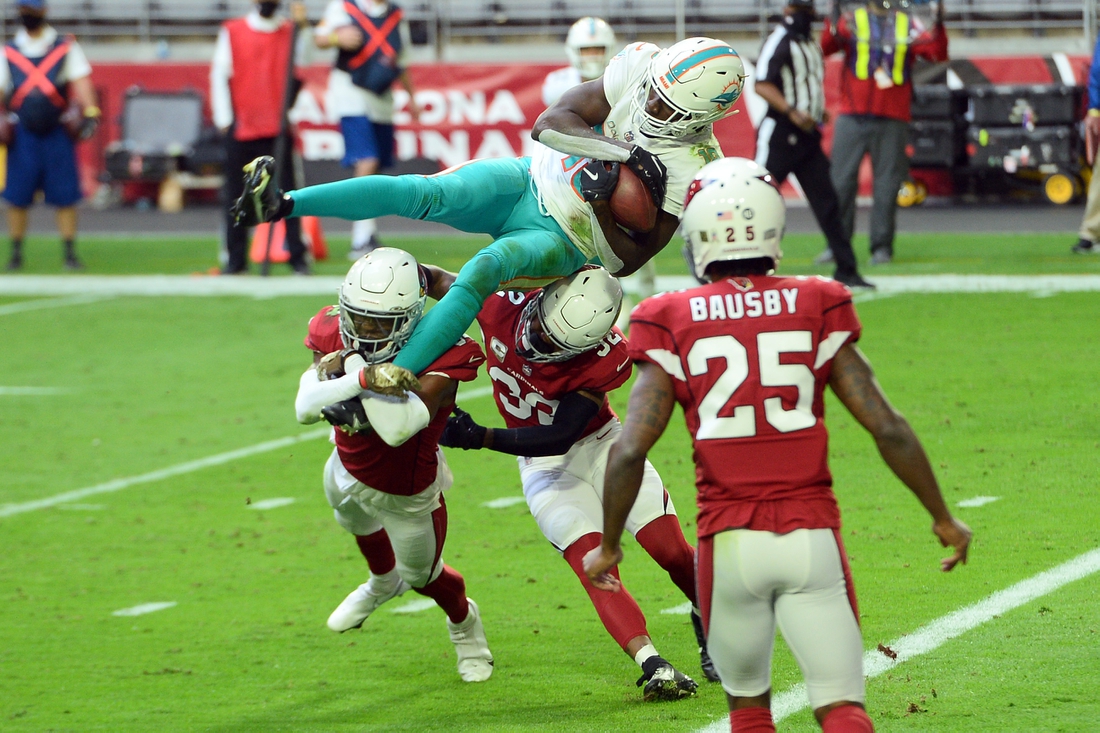 The Miami Dolphins will move wide receiver Preston Williams to injured reserve for a foot injury he suffered in Sunday’s 34-31 win over the Arizona Cardinals, coach Brian Flores confirmed Wednesday.

Williams, a second-year undrafted pro, was carted off the field with an apparent leg injury during the first half.

“We ran some tests. It’s a little bit more significant than we initially thought,” Flores said. “It’s a big loss. Preston has made a lot of plays for us over the first half of the season.”

The 23-year-old wideout, who leads the Dolphins with four receiving touchdowns this season, had four receptions for 60 yards and a touchdown before he left the game.

Going on IR means he will miss at least three games.

The Dolphins (5-3) are currently second in the AFC East. They host the Los Angeles Chargers (2-6) on Sunday.