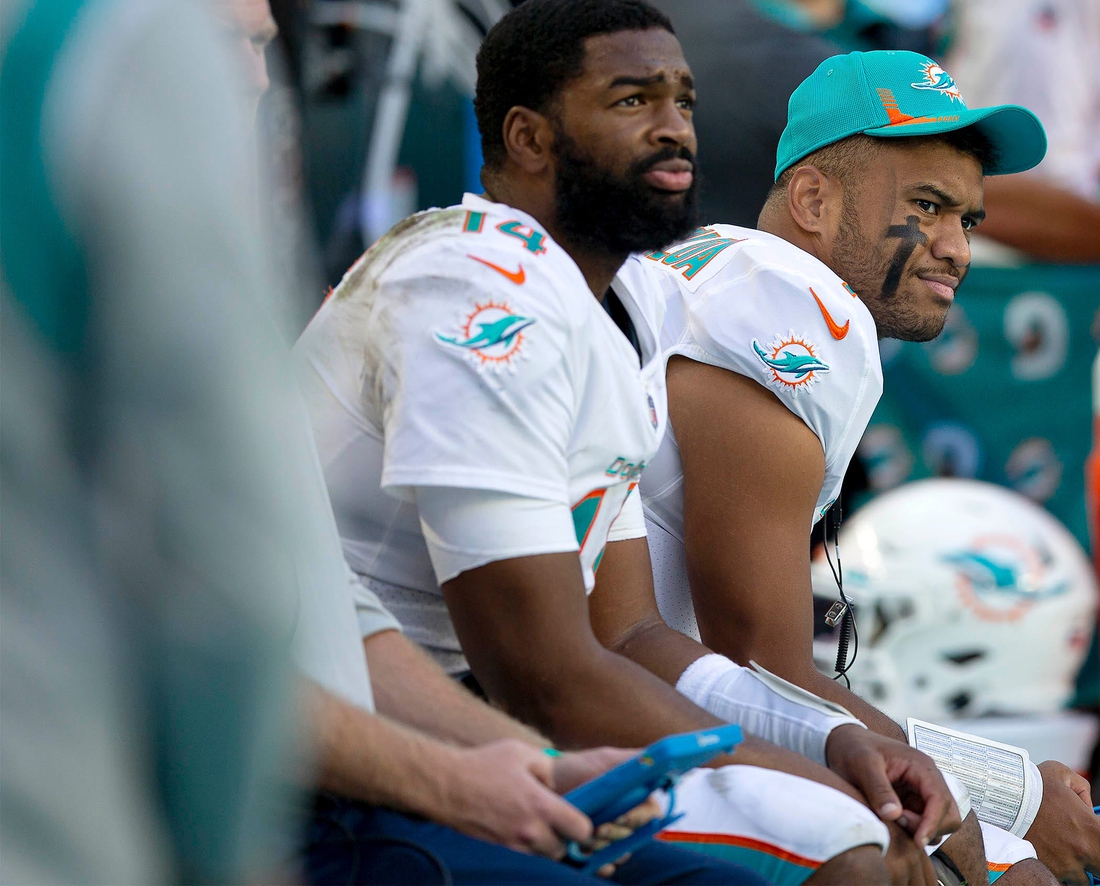 Quarterback Jacoby Brissett will make his second consecutive start for the Miami Dolphins on Thursday night against the visiting Baltimore Ravens.

Starter Tua Tagovailoa continues to deal with a fractured and swollen middle finger on his throwing hand. He was limited in practice on Monday and Tuesday and officially listed as questionable on Wednesday.

Tagovailoa will serve as the backup against the Ravens (6-2).

It’ll be the fifth start of the season for Brissett. He led the Dolphins to a 17-9 win over the Houston Texans last week despite a sloppy performance. He turned the ball over three times, finishing 26-for-43 for 244 yards and a touchdown. He threw two interceptions and lost a fumble.

Overall, he’s completing 64.4 percent of his passes for 1,127 yards and five touchdowns against four interceptions.

On the Ravens’ side, wide receiver Sammy Watkins was active for the first time since Oct. 11. He missed three games in that time with a thigh injury.