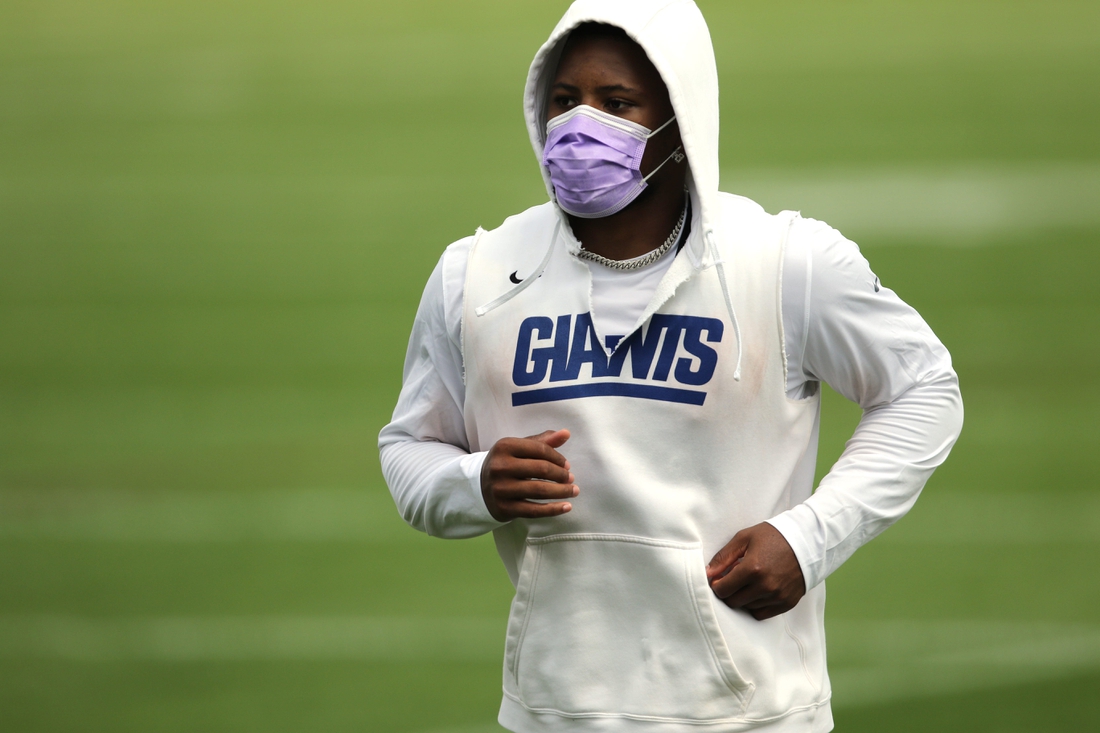 New York Giants running back Saquon Barkley has made significant progress in his recovery from surgery last year on a torn right ACL, although head coach Joe Judge stopped short Monday of putting a timetable on his return to practice.

“You know what, he’s making a lot of strides for us, and I don’t want to go ahead and make any predictions or anything on Saquon, but I will say that this guy’s showing progress, tangible progress every day with our medical staff, with our strength staff,” Judge said. “He comes out here and works.”

Barkley also had MCL and meniscus damage after an injury that occurred in a Sept. 20 game against the Chicago Bears. He played just two games last season, rushing for 34 yards on 19 carries.

As an emergency option, on Monday the Giants re-signed veteran running back Alfred Morris, who arrived after Barkley’s injury last season. Morris rushed for 238 yards in nine games with the Giants last season. Morris, 32, has played with four different teams over the last four seasons, with just one game of action with the Arizona Cardinals in 2019.

Judge said that while Barkley is not yet ready for practice, his rehab work has mirrored what the rest of the team has been working on in practices. Despite the injury and long rehab, Judge said Barkley’s spirit and work ethic remain high.

“I know he wants to be out there, but we’ve got to make sure we help our players make the right decision,” Judge said. “The goal is to get him out there and keep him out there. We know he can make a great impact for this team.

“We know what kind of player he can be, so we want to make sure we put him in the opportunity to go ahead and play full-speed, aggressive and confident when he gets out there.”

The Giants play their Week 1 game Sept. 12 at home against the Denver Broncos.