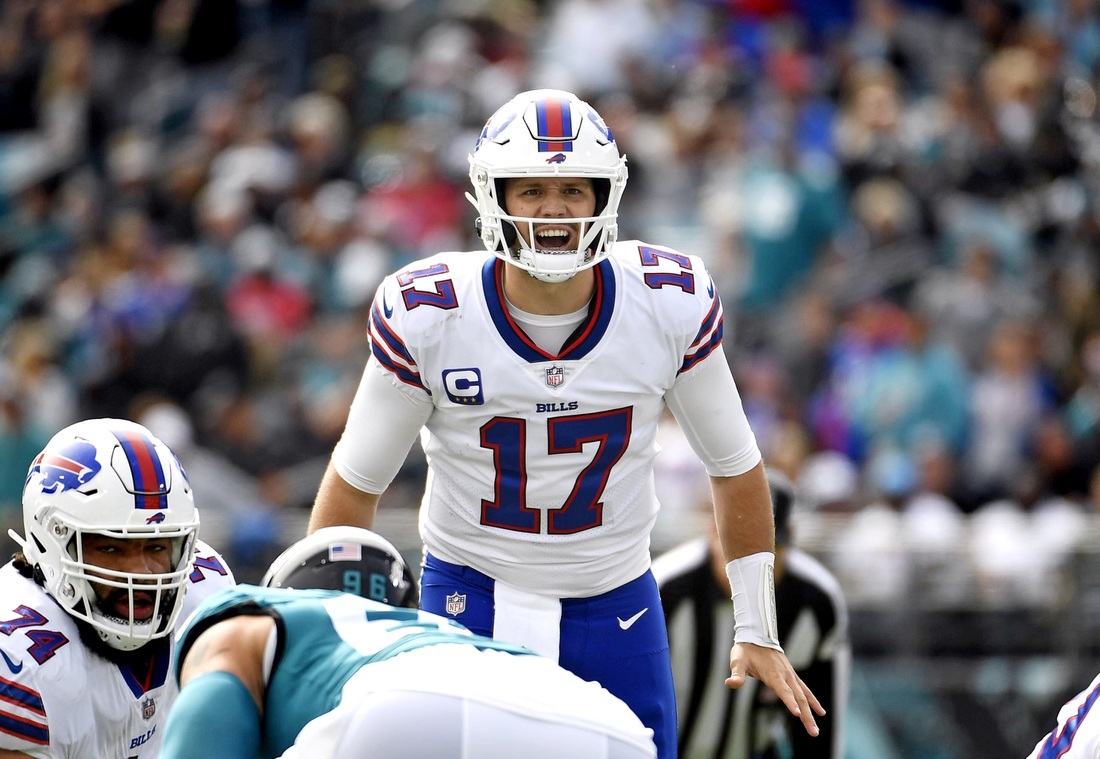 Wright’s 21-yarder with 12:13 left in the game snapped a tie and the Jacksonville defense did the rest. The Jaguars sacked Josh Allen four times, including Dawuane Smoot’s 9-yard sack with 1:11 left that took Buffalo out of field goal range.

Allen’s 4th-and-16 pass for Stefon Diggs with 1:02 remaining fell short, and Jacksonville (2-6) ran out the clock for the biggest win of coach Urban Meyer’s first season.

Allen completed 31 of 47 passes for 264 yards and tossed two interceptions. He wasn’t even the best player on the field with his name. Jaguars defensive end Josh Allen was a force all day with eight tackles, a sack, an interception and a pass defensed.

Rookie quarterback Trevor Lawrence missed part of the second quarter with an ankle injury but still hit 15 of 26 passes for 118 yards for the Jaguars.

It was apparent quickly that Buffalo was not on its game. It bailed Jacksonville out of a 3rd-and-16 on the game’s first possession with the first of four 15-yard penalties it got in the first half, setting up Wright’s 39-yard field goal six minutes into the first quarter.

Tyler Bass tied it up for the Bills with a 24-yard field goal at the 3:57 mark, then gave them a 6-3 edge with a 41-yard field goal less than four minutes into the second quarter. Buffalo reached the 24 on that drive before an unnecessary roughness flag quashed it.

Another Bills penalty — an illegal use of hands infraction — gave the Jaguars a first down on their next possession that pushed them to the edge of Wright’s range. He converted from 55 yards out with 5:36 left in the half for a 6-6 tie that stood at intermission.