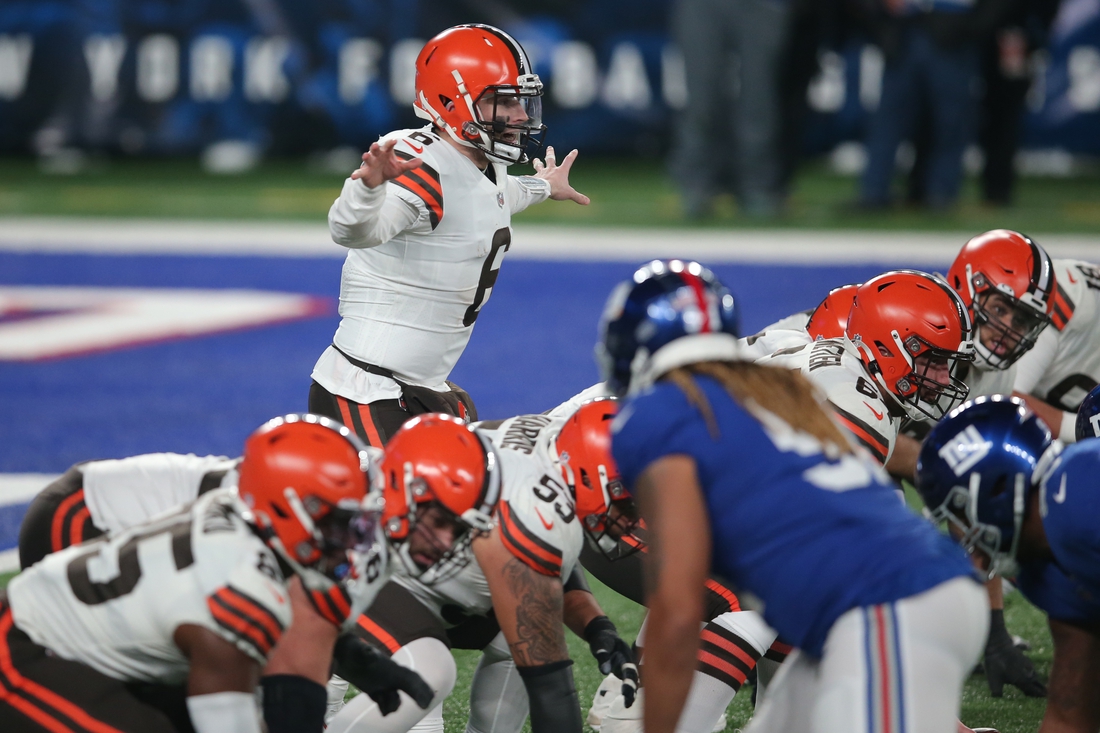 Jets stand between Browns and playoffs

The Cleveland Browns can take a huge step toward ending the NFL’s longest active playoff appearance drought on Sunday with a win against the New York Jets in East Rutherford, N.J.

Cleveland (10-4) can lock up a playoff spot in the AFC with a win over the Jets, and a loss by any of three other AFC contenders: Baltimore, Miami or Indianapolis.

In addition, Cleveland sits just a game back of the suddenly slumping Steelers (11-3) in the AFC North and will host their biggest rivals in Week 17.

The Browns haven’t been in the playoffs since 2002, and the 10-win season is the team’s first since 2007. But first-year coach Kevin Stefanski said no one in the organization is looking past the Jets (1-13).

“Not for me,” Stefanski quipped when asked if his one-week-at-a-time approach will be tested more than usual this week. “This is the NFL. It’s not hard for me to explain what we’re in for.

“We know what we’re getting into.”

New York shocked the league last week with a 23-20 upset win at the Los Angeles Rams. Sam Darnold was solid, throwing for 207 yards and a touchdown while the Jets enjoyed a rare turnover-free day.

“It’s the greatest feeling in sports,” Darnold said after the Jets’ win.

But the victory came with consequences. The win moved New York out of the No. 1 pick in the 2021 NFL draft and, presumably, the right to snag Clemson quarterback Trevor Lawrence. Instead, the Jets are currently slotted with the No. 2 pick behind the Jacksonville Jaguars.

If that wasn’t enough to dull the positive vibes from the team’s first win of 2020, the club added standout defensive lineman Quinnen Williams (neck/concussion) and inside linebacker Harvey Langi (neck) to the Injured/Reserve list this week, effectively ending the season for both.

And Wednesday, the Jets placed tight end Ryan Griffin on the COVID-19/Reserve list.

“We’re running thin, those practice squad guys will get an opportunity this week,” Jets coach Adam Gase said. “We’ve got to put some pieces together.”

It’s not a task Gase and midseason replacement defensive coordinator Frank Bush will relish with a red-hot Cleveland offense coming in. The Browns rank third in the NFL in rushing offense (152.6 yards per game) and Baker Mayfield has stitched together a month of high-level play.

In Cleveland’s last four games, Mayfield is averaging 308 passing yards, with 10 touchdowns and one interception. The Browns have won four of their past five.

“(Mayfield) has been the same guy, every single day,” Stefanski said.

And while the Browns are plotting potential playoff scenarios, the Jets are pondering what could be a turbulent offseason. New York has to make a decision on Darnold, who’s about to enter the fourth year of his rookie contract, and that’s been complicated with losing the rights to draft Lawrence.

Gase, under contract for two more years, is also on the hot seat and may not be around for the next stage of the Jets’ rebuild, yet he claims he’s not feeling any added pressure. Gase said Wednesday he hasn’t had any discussions with CEO Christopher Johnson about his future in New York.

The Browns could be without two starters on Sunday as right guard Wyatt Teller (ankle) and defensive tackle Sheldon Richardson (neck) did not participate in Wednesday’s practice. Stefanski expected Richardson to be available, however, and the defense did see safety Andrew Sendejo (concussion) return to full practice.

Cleveland also designated a return from IR for safety Ronnie Harrison (shoulder), who has been out since Nov. 29.

Besides Williams, Langi, and Griffin, the Jets were missing cornerback Javelin Guidry (knee) from practice on Wednesday.