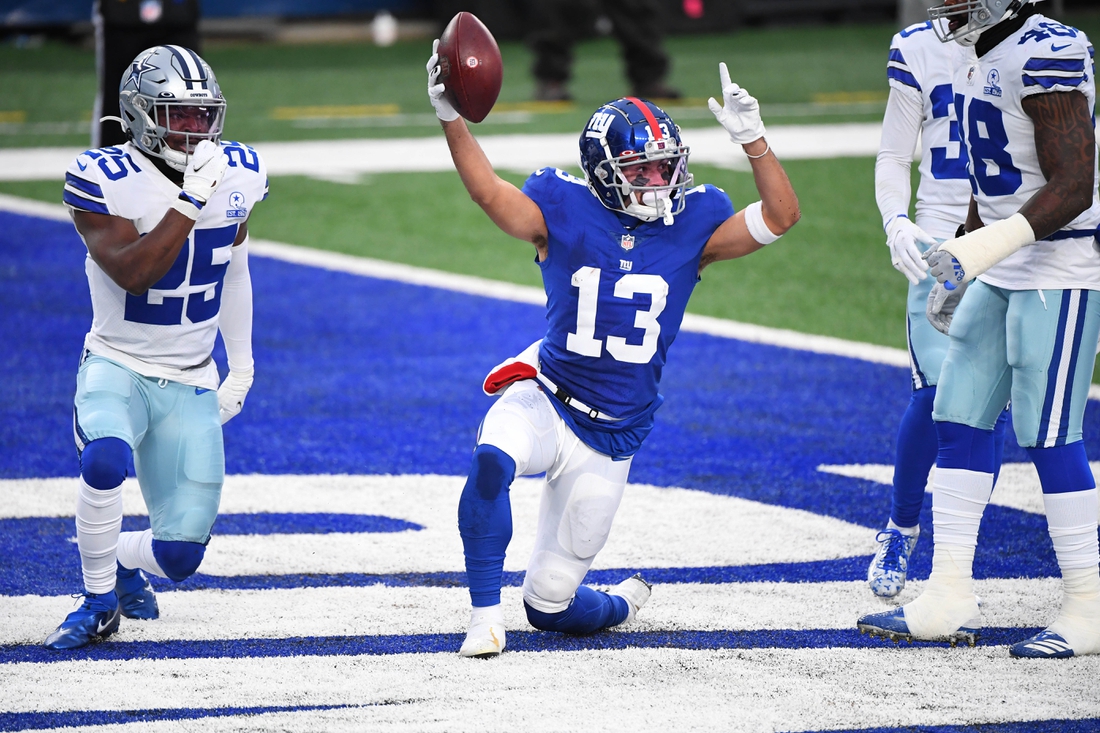 Daniel Jones passed for 229 yards and two touchdowns as the New York Giants kept their NFC East title hopes alive — albeit briefly — with a 23-19 victory over the Dallas Cowboys on Sunday afternoon in East Rutherford, N.J.

Looking to win the division for the first time since their Super Bowl-winning 2011 season, the Giants (6-10) instead will miss out on the playoffs altogether when the Washington Football Team beat the Philadelphia Eagles on Sunday night to improve to 7-9 and win the East.

Sterling Shepard caught eight passes for 112 yards and a touchdown and also rushed for another score for New York. Leonard Williams recorded three of New York’s six sacks on the day.

Andy Dalton completed 29 of 47 passes for 243 yards and an interception for Dallas (6-10), which fell behind 20-6 in the first half and had a seven-game win streak over the Giants snapped.

New York held the Cowboys to just 113 yards and three Greg Zuerlein field goals, including a 57-yarder to end the half, while building a 20-9 halftime lead.

Jones had a 10-yard touchdown pass to Shepard and a 33-yard strike to Dante Pettis. Shepard also scored on a 23-yard reverse to cap a six-play, 78-yard drive to open the game.

Dallas took advantage of a Donovan Wilson interception on a pass that went through the hands of tight end Evan Engram. The Cowboys closed to 20-16 when Ezekiel Elliott powered in from 1 yard out. It was Elliott’s first rushing touchdown since a Week 5 victory over the Giants.

Graham Gano, who missed an extra-point attempt after New York’s first touchdown, increased the Giants’ lead to 23-19 with a 50-yard field goal with 6:32 to go. The kick came on the first play following after Pettis caught a 10-yard pass from Jones that appeared to have hit the ground before he completed the catch but went unchallenged by the Cowboys’ coach Mike McCarthy.

Dallas then drove to New York’s 7-yard line where Williams sacked Dalton for a 10-yard loss on first-and-goal. Following an incomplete pass for CeeDee Lamb, Dalton — under heavy pressure from Williams — threw a floater into the end zone that was intercepted by rookie Xavier McKinney to seal the win for New York.