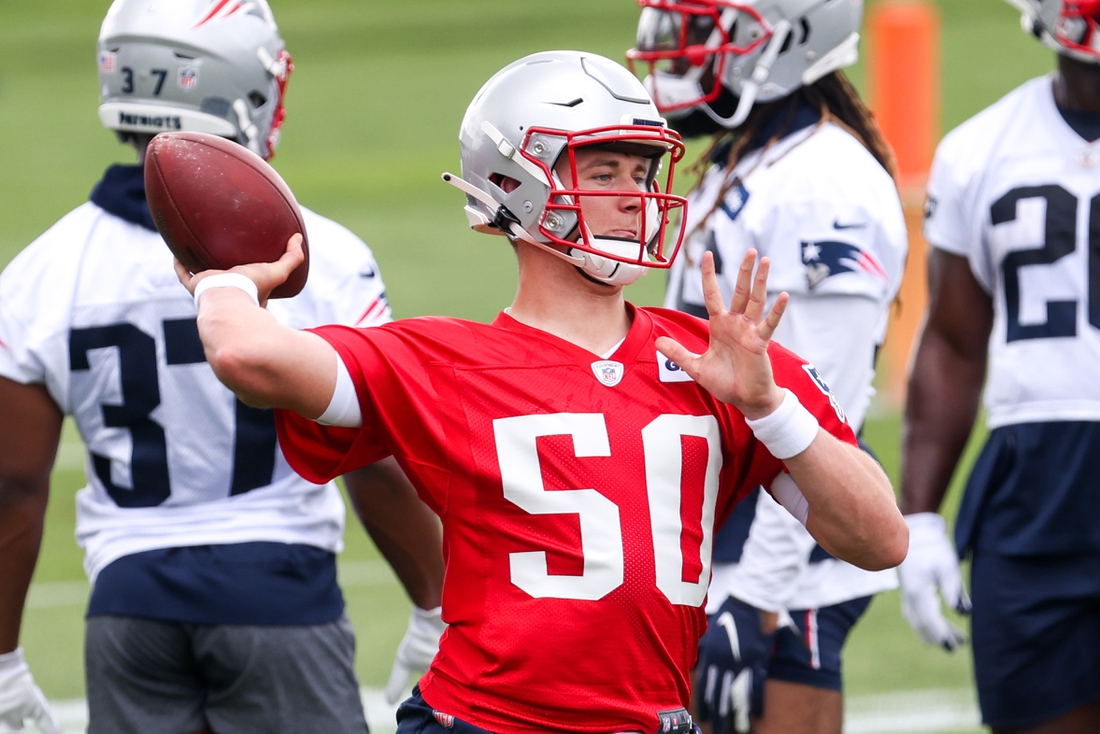 It comes with a signing bonus of roughly $8.7 million, per NFL Network.

Jones, a two-time national title winner with the Crimson Tide, was the fifth quarterback chosen in the top 15 of this year’s NFL Draft.

In 13 games last season, Jones threw for 4,500 yards, 41 touchdowns and only four interceptions. He was a backup in 2017 when Alabama also won the title.

Jones is part of a QB room with former Auburn signal-callers Cam Newton and Jarrett Stidham as well as Brian Hoyer.

Newton re-signed with the Patriots after a disappointing 2020 with the team. Newton completed 65.8 percent of his passes for 2,657 yards, eight touchdowns and 10 interceptions and rushed for 592 yards and 12 scores.

The Patriots struggled through a 7-9 season in 2020 and missed the playoffs in their first year without superstar quarterback Tom Brady, who played for the team from 2000-19 and won six Super Bowls for New England.