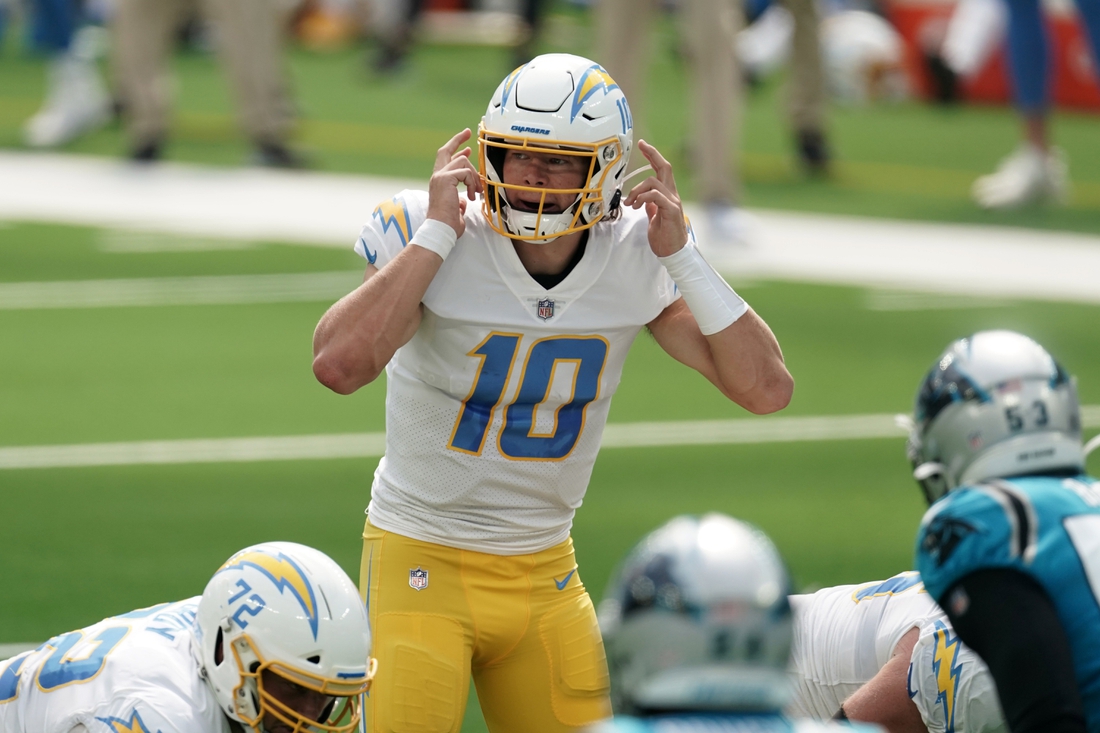 QB Taylor out for Chargers, Herbert to start

Rookie quarterback Justin Herbert, 22, will lead the team against 43-year-old Tom Brady and told reporters on Friday that he will relish the experience going head-to-head with the six-time Super Bowl champion. Herbert said while growing up in Oregon, Brady and Peyton Manning were among his favorite QBs as was Marcus Mariota, who quarterbacked the Oregon Ducks just like Herbert did.

“I was definitely a huge Tom Brady fan. There is a lot I can learn from him,” Herbert said of Brady. “He’s one of the best to ever to do it, I’m fortunate to be able to line up across from him on Sunday.”

Taylor started Week 1 at Cincinnati but injured his ribs. Prior to Week 2, Taylor received a pain-killing injection that resulted in lung damage. He missed the past two games but was not placed on injured reserve.

“My primary concern right now is getting that young man healthy — getting him healthy and then we’ll go from there,” coach Anthony Lynn said Monday of Taylor’s status.

Herbert is 0-2 as a starter but held his own in his first two NFL games, completing 69.5 percent of his passes for 641 yards with two touchdowns and two interceptions. The Chargers selected him with the No. 6 overall pick in the 2020 NFL Draft.

Los Angeles will be without a key weapon for Herbert in wide receiver Mike Williams, who is battling a hamstring injury. Offensive linemen Bryan Bulaga (back) and Trai Turner (groin) also are out.