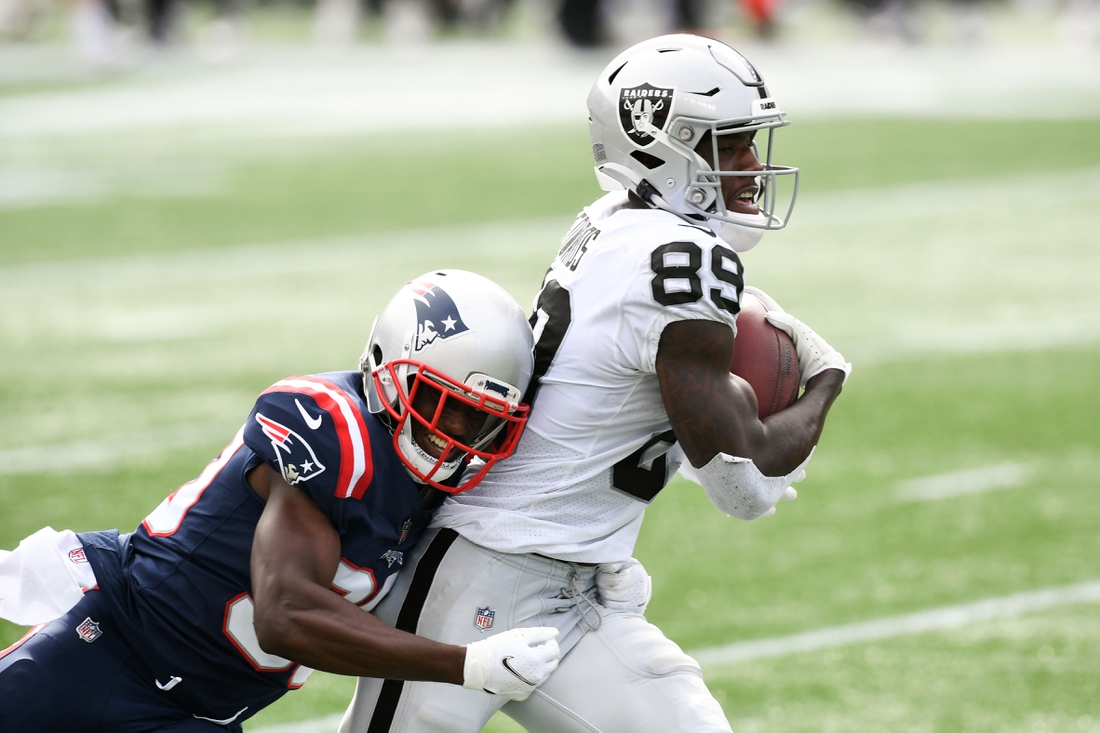 Las Vegas Raiders rookie wide receiver Bryan Edwards is out for Week 4 with an ankle sprain, the team announced Wednesday.

Edwards injured the ankle in last week’s loss to the New England Patriots, missing most of the second half. The Raiders were already without rookie WR Henry Ruggs (hamstring).

Edwards will be considered week-to-week after Week 4 with the possibility he could miss more games, NFL Network reported.

The Raiders play the Buffalo Bills on Sunday.

Edwards, a third-round pick out of South Carolina, started all three games for the Raiders, racking up five catches for 99 yards. Edwards stepped up when Tyrell Williams (shoulder) was lost for the season in August.

Nelson Agholor and Zay Jones will pick up more snaps alongside Hunter Renfrow against the Bills, with Ruggs considered a longshot to be ready for Sunday, according to NFL Network.