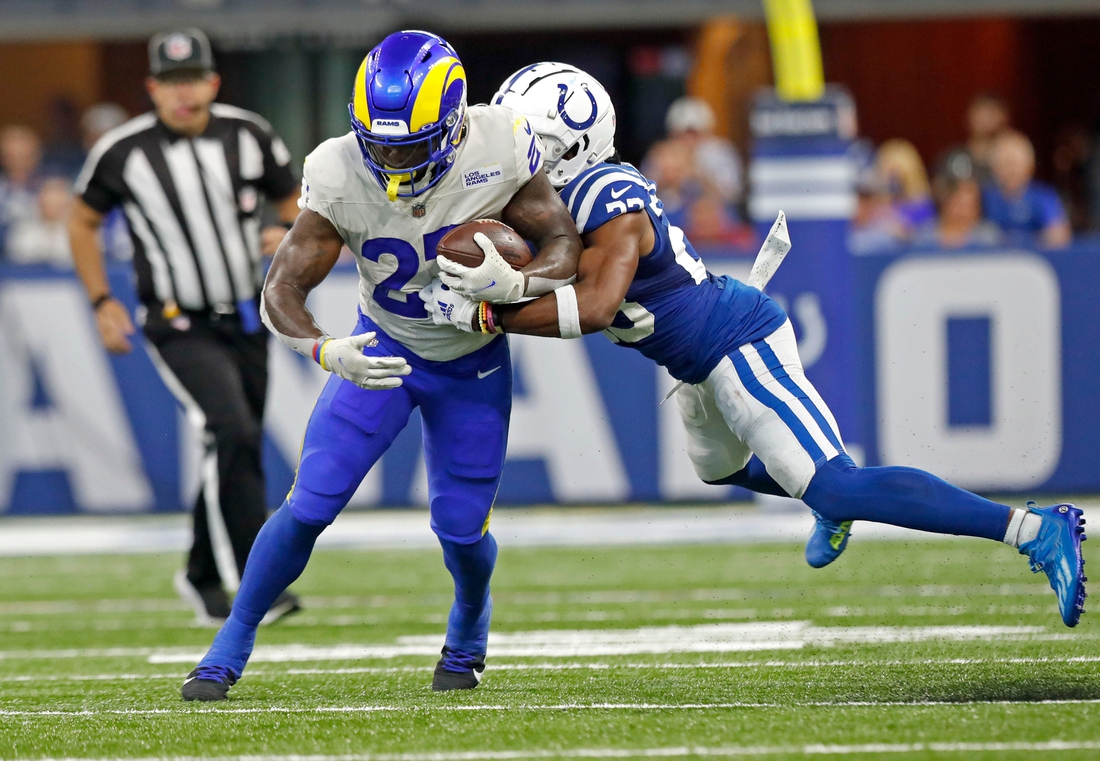 Henderson sustained injured ribs in the second half of the Rams’ 27-24 win over the Indianapolis Colts last Sunday. The third-year running back was replaced by Sony Michel, who rushed 10 times for 46 yards — all in the fourth quarter.

Michel and rookie Jake Funk, who has yet to carry the ball this season, are expected to man the backfield for the Rams (2-0) on Sunday against the Buccaneers (2-0).

Henderson, 24, has rushed 29 times for 123 yards and two touchdowns and caught four passes for 46 yards in two games.