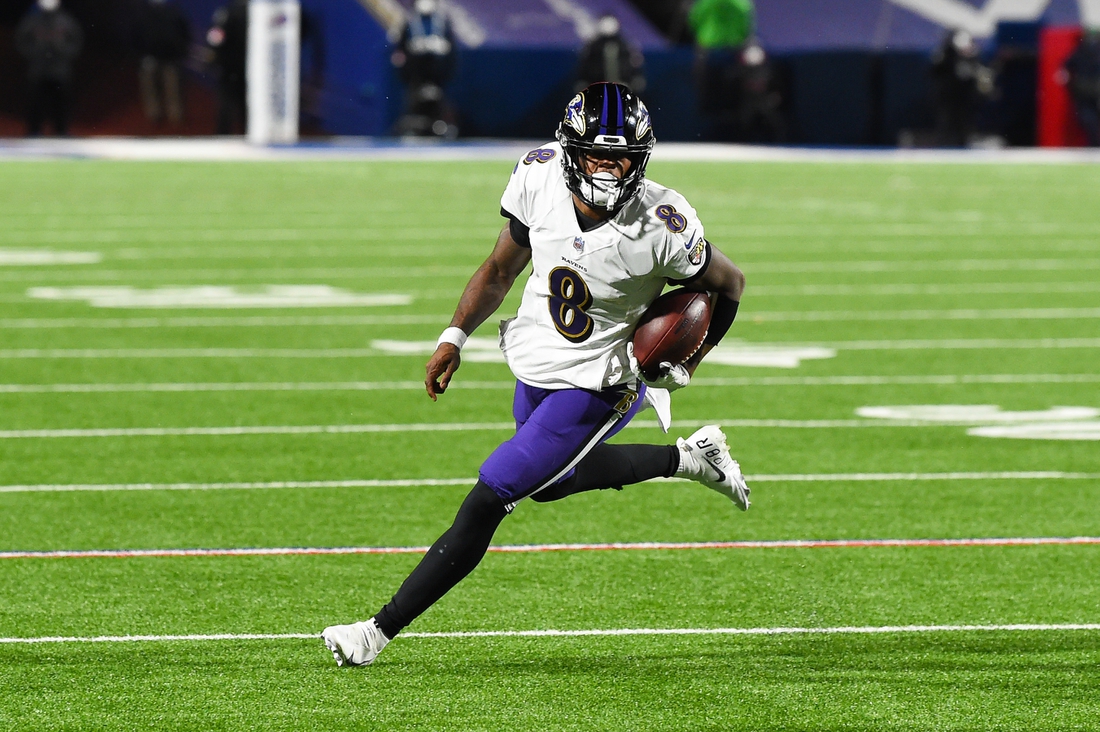 Lamar Jackson remains a crucial component for the Baltimore Ravens, and the franchise intends to keep him around long-term.

Ravens general manager Eric DeCosta said Monday that he plans to begin negotiations toward a long-term deal with Jackson “in the next 10 days.”

“I will be talking to Lamar probably within the next 10 days or so. He’s down in Florida,” DeCosta said. “He certainly deserves a contract. He has played phenomenal football over the last couple of years. Our intention and my intention is to keep him in Baltimore for many, many years.”

DeCosta said credit for the Ravens’ philosophy of “signing up more players” to long-term deals goes to the front office. DeCosta said it took more than a year to get the five-year extension done with left tackle Ronnie Stanley.

“We have these players, we draft them, we like them, we know them, they really fit us,” DeCosta said. “We want our fans to reap the enjoyment of these players. … We will continue to engage in these talks with our young players. Sometimes you can’t get a deal done. I learned this from Ozzie (Newsome), you can’t sign everyone.”

DeCosta said the Ravens’ objectives include having the “best offensive line” in the NFL, and he includes tight end Mark Andrews in that group. DeCosta said talks with Andrews, who is entering the final year of his contract, also will start soon.

Setting a price tag for Jackson, 24, could be an intriguing piece of contract talks. The 2019 league MVP might make an argument to be among the highest-paid quarterbacks in the NFL, but the Ravens’ playoff failures loom over discussions.

Patrick Mahomes signed a 10-year contract extension worth up to $503 million in 2020 with the Kansas City Chiefs and has the team in a second Super Bowl. Dak Prescott of the Cowboys was franchised in 2020 and will be a free agent in March.

Dallas was unable to complete a contract extension of Prescott’s rookie deal last year and talks are expected to be renewed soon, but the uncertainty around the projected NFL salary cap is a major consideration in all long-term deals, DeCosta said Monday.

If the Ravens and Jackson can’t come to an agreement, he’s still under contract next season for a relatively paltry figure.

Jackson has appeared in 46 regular-season games with the Ravens and is 30-7 as a starter. He’s thrown for 7,085 yards with 68 touchdowns and 18 interceptions. He’s also had back-to-back 1,000-yard rushing seasons and has 19 touchdowns on the ground.

In the playoffs, he is 1-3 as a starter, and his completion percentage is just 55.9 percent compared to 64 percent in the regular season. He has thrown three touchdown passes and five interceptions in the playoffs.