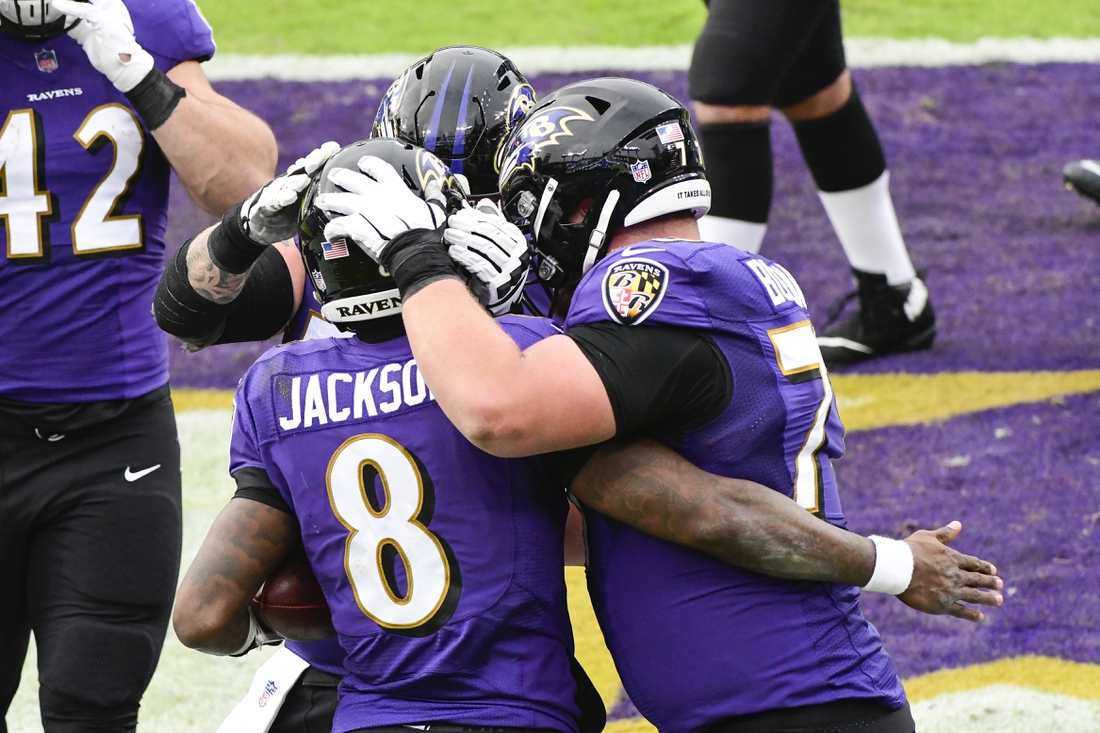 The Baltimore Ravens had little trouble moving one step closer to earning their third straight trip to the playoffs with a dominating 40-14 home victory over the Jacksonville Jaguars on Sunday afternoon.

The Ravens (9-5) never trailed against the Jaguars (1-13), whose longest losing streak in franchise history continued against Baltimore, which won its third straight game.

Quarterback Lamar Jackson passed for 243 yards and three touchdowns and rushed for 35 yards and another score. J.K. Dobbins finished with 14 carries for 64 yards and a touchdown, which marked his franchise-record fourth straight game in which he found the end zone.

Defensively, the Ravens sacked quarterback Gardner Minshew five times, including once in the end zone, and held the Jaguars to 267 yards of total offense. Minshew went 22-of-29 passing for 226 yards and two touchdowns. James Robinson was held to 35 yards rushing on 16 carries, though he also had three catches for 18 yards and a touchdown.

The Ravens scored first in an odd turn of events. Jackson was intercepted by Josh Jones in the red zone, giving Jacksonville the ball at their own 1-yard-line. After Robinson ran for 2 yards, Minshew dropped back to pass from the end zone, where he was sacked by Matthew Judon for a safety, giving the Ravens a 2-0 lead less than four minutes into the game.

The Ravens extended their lead on their next two possessions. Jackson threw a 4-yard scoring pass to Miles Boykin to cap a seven-play, 68-yard drive to push the Ravens’ lead to 9-0.

Dobbins extended the lead to 16-0 just 42 seconds into the second quarter when his 2-yard run finished off a 6-play, 49-yard drive in which the Ravens capitalized on good field position by sacking Minshew on a fourth-and-5 from the Ravens’ 47-yard line.

Justin Tucker extended the lead on the next drive with a 46-yard field goal before Jackson capped the first-half scoring with an 11-yard touchdown pass to Dez Bryant for a 26-0 lead. The touchdown reception was Bryant’s first since December 2017 and the Ravens’ 26 first-half points were their most in the first half of a game since scoring 28 against the Los Angeles Rams in a 45-6 win on Nov. 25, 2019.

Jacksonville got on the board in the third quarter when Minshew threw a 17-yard touchdown pass to Robinson, but Jackson scored on a 5-yard run on the Ravens’ ensuing possession to make it 33-7 with 4:38 left in the quarter.

Jackson’ threw his third touchdown pass of the day when he found Andrews from three yards out with 9:50 left in the game.

Jackson was replaced by Tyler Huntley on the Ravens’ next possession to give the rookie some time on the field.