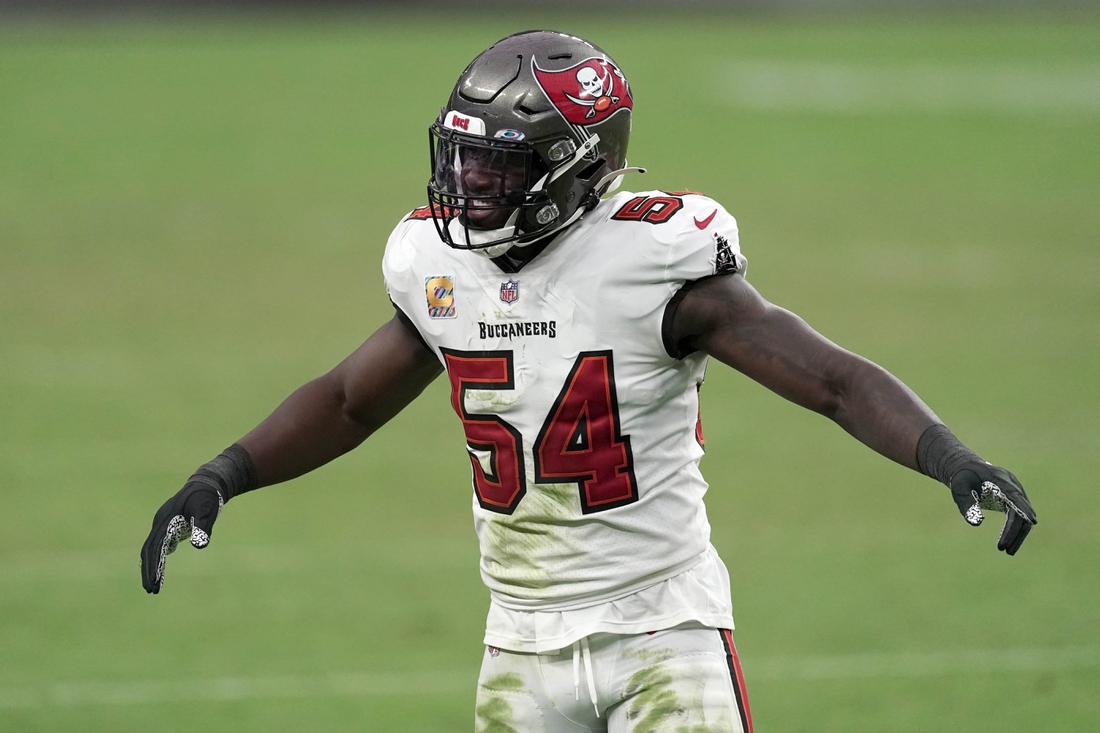 Tampa Bay Buccaneers inside linebacker Lavonte David will miss three to four weeks with the ankle injury he sustained during Sunday’s game against the Miami Dolphins, ESPN reported Monday.

An MRI exam determined that the injury was a sprain.

It was already clear that David would miss Thursday night’s road game against the Philadelphia Eagles. He would have to miss at least three games if the Buccaneers place him on injured reserve.

David was injured during the second quarter of Sunday’s 45-17 rout of the Miami Dolphins when teammate Ndamukong Suh rolled up on his lower leg.

Special teams ace Kevin Minter is slated to start in place of David.

“Every week I’ve got to prepare like I’m the starter,” Minter told reporters on Monday. “You never know what can happen in a game. This is ball — anybody can get hurt, anything can happen. Just that coach’s motto, ‘Next man up.’ The preparation is the same — maybe a bit more focused, but at the same time, I’ve got to continue doing what I’m doing.”

Minter, 30, has been on the field for 27 defensive snaps this season — 26 coming against the Dolphins due to David’s injury.

David, 31, has 34 tackles and one sack in five games this season. The 10-year veteran has spent his entire career with Tampa Bay and was an All-Pro in 2013 and a Pro Bowl selection in 2015.