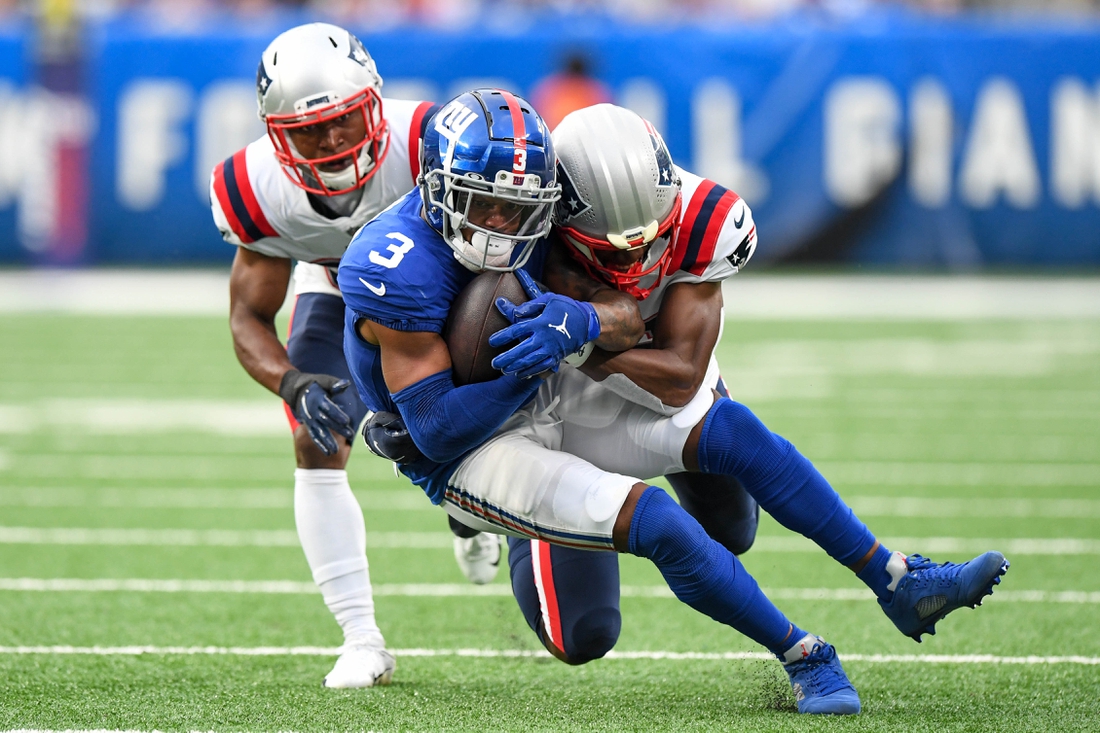 Report: Giants WR Sterling Shepard to sit out vs. Raiders

Shepard sustained a left quadriceps injury during the second quarter of the Giants’ 20-17 loss to the Kansas City Chiefs on Monday.

He isn’t the only Giants’ wideout nursing an injury.

Rookie Kadarius Toney, who leads the team with 343 receiving yards, sustained a laceration on his hand during Monday’s game. He is also dealing with an ankle injury.

Offseason acquisition Kenny Golladay has missed three straight games with a knee injury, and Dante Pettis injured his shoulder during a punt return against the Chiefs.

Shepard, 28, has a team-leading 32 catches to go along with 324 receiving yards and one touchdown this season despite missing three games due to hamstring injuries.

Shepard has 345 receptions for 3,842 yards and 21 touchdowns in 70 career games with the Giants. He was selected in the second round of the 2016 NFL Draft out Oklahoma.