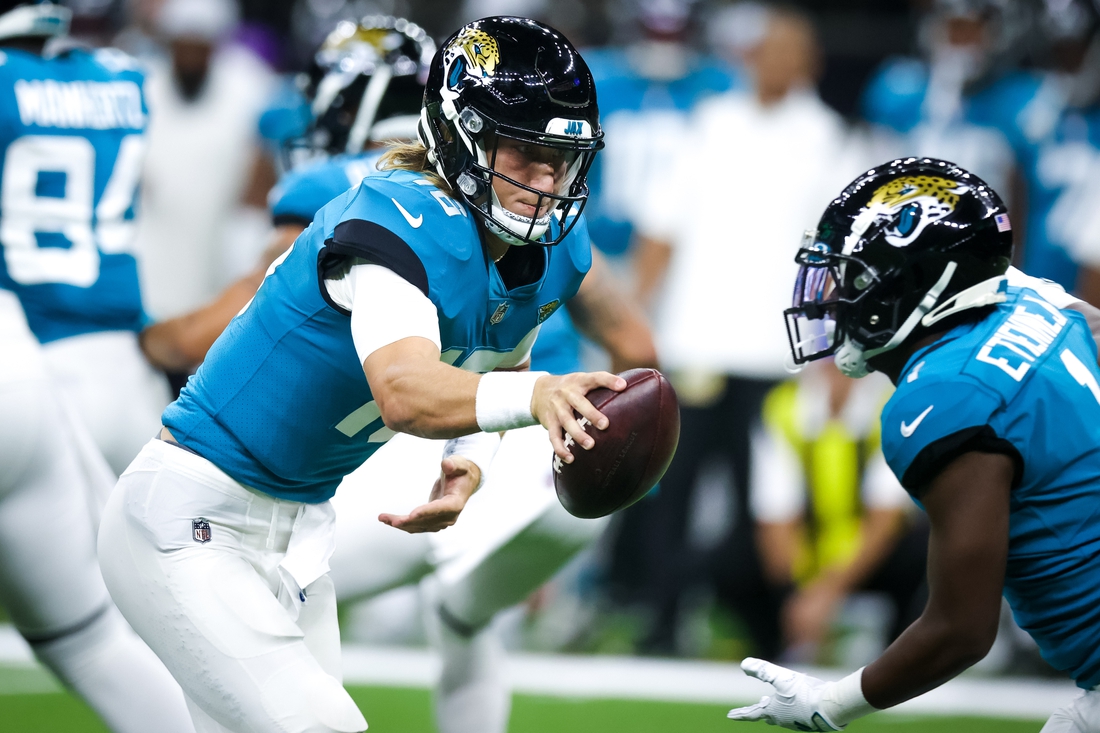 Jacksonville running back Travis Etienne left the Jaguars’ road loss to the New Orleans Saints on Monday due to a midfoot injury and will be sidelined indefinitely, according to ESPN.

When the rookie exited the preseason contest in the second quarter, the team announced that he was questionable to return due to a foot injury.

However, Etienne never got back on the field, finishing with one carry for 1 yard and one reception for 3 yards in Jacksonville’s 23-21 defeat. After the game, ESPN reported that Etienne was wearing a protective boot and that he was due for additional tests.

Coach Urban Meyer said postgame that the extent of Etienne’s injury was unknown.

The Jaguars (0-2) conclude the preseason Sunday with a road game against the Dallas Cowboys. Jacksonville opens the regular season on Sept. 12 on the road against the Houston Texans.

Etienne, 22, was selected by the Jaguars with the 25th overall pick in this year’s draft out of Clemson. Jacksonville used the top overall pick in the draft on his former college teammate, quarterback Trevor Lawrence.

Etienne is the all-time-leading ball-carrier in Atlantic Coast Conference history after running for 4,952 yards in four seasons (55 games) at Clemson.