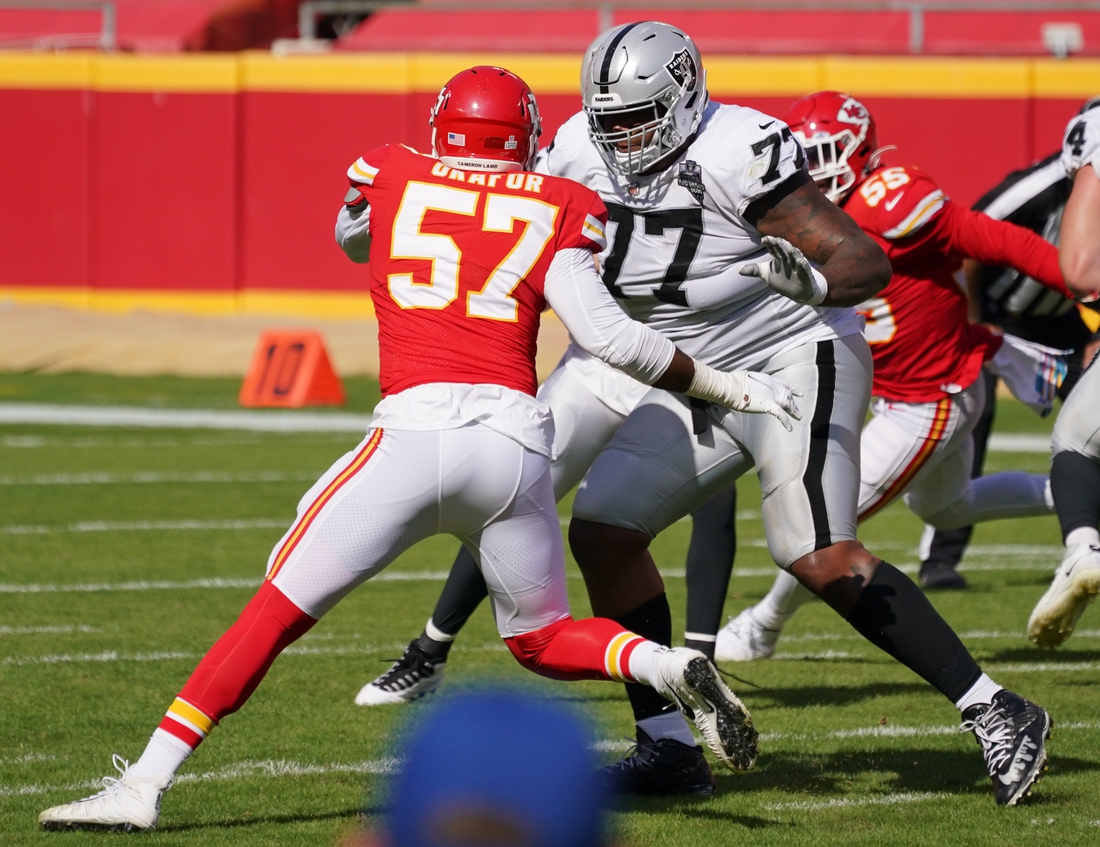 It has been a turbulent start to the 2020 season for Brown.

Brown missed a chunk of training camp with an unspecified injury and left Week 1’s game after only three snaps with a calf injury, which then sidelined the 6-foot-8, 380-pounder for the next three games. He played his first full game in the Week 5 win over Kansas City.

The Raiders had one positive test in their latest round of testing, per the NFL Network report. Brown’s addition to the list means he either tested positive or interacted with someone who did. Contact tracing is underway by the team, per the report.

Brown is the second Raiders player to go on the list this week. Damon Arnette, already on injured reserve, was put on the reserve/COVID-19 list earlier this week. Defensive tackle Maurice Hurst was activated from the list on Tuesday.

The Raiders are coming off a bye and are scheduled to host the Tampa Bay Buccaneers on Sunday night.

Sam Young is expected to start for Brown.

Brown has played in 60 games (57 starts) with the Raiders, New England Patriots (2018) and San Francisco 49ers (2015-17), who selected him in the seventh round of the 2015 draft. He finished last season on injured reserve with a torn pectoral.