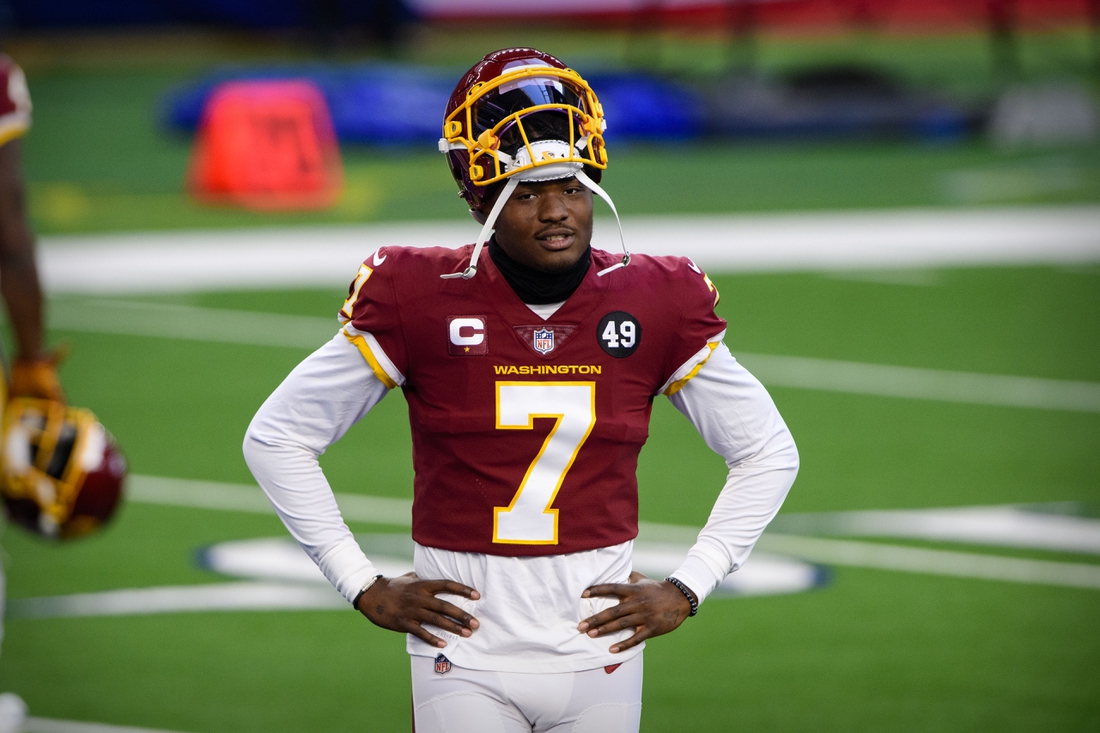 Quarterback Dwayne Haskins is no longer a captain of the Washington Football Team, NFL Network reported on Wednesday.

The honor, voted on by his teammates in training camp, was taken away as part of an internal punishment for a COVID-19 protocol violation.

Additionally, NFL Network reported Haskins was fined $40,000 — more than half of Haskins’ weekly paycheck and the largest known fine for a player for a COVID-19 violation.

Under the NFL’s COVID-19 protocol, going to a nightclub without wearing personal protective equipment (PPE) is punishable by a maximum fine of one week’s salary or up to a four-game suspension.

Haskins, 23, apologized Tuesday when pictures surfaced on social media of him partying without a mask in a strip club after Sunday’s loss to the Seattle Seahawks.

“I want to publicly apologize for my actions this past Sunday. I spoke with Coach (Ron) Rivera yesterday and took full accountability for putting the team at risk. It was irresponsible and immature of me and I accept responsibility for my action,” Haskins posted on Twitter.

“I also want to apologize for creating a distraction for my team during our playoff push. I will learn and grow from this and do what’s best for the team moving forward.”

Haskins was reportedly fined nearly $5,000 by the team in October for a previous protocol violation for making a reservation for a family friend at the team hotel.

Haskins, the No. 15 overall pick in the 2019 NFL Draft, made his first start since Week 4 on Sunday because of an injury to Alex Smith. He completed 38 of 55 passes for 295 yards with one touchdown and two interceptions in the 20-15 home loss to Seattle.

In six games (five starts) this season, Haskins has completed 62.9 percent of his passes for 1,285 yards with five TDs and five picks.

Washington (6-8) holds a one-game lead in the NFC East over the New York Giants and Dallas Cowboys heading into Sunday’s game with the visiting Carolina Panthers (4-10).