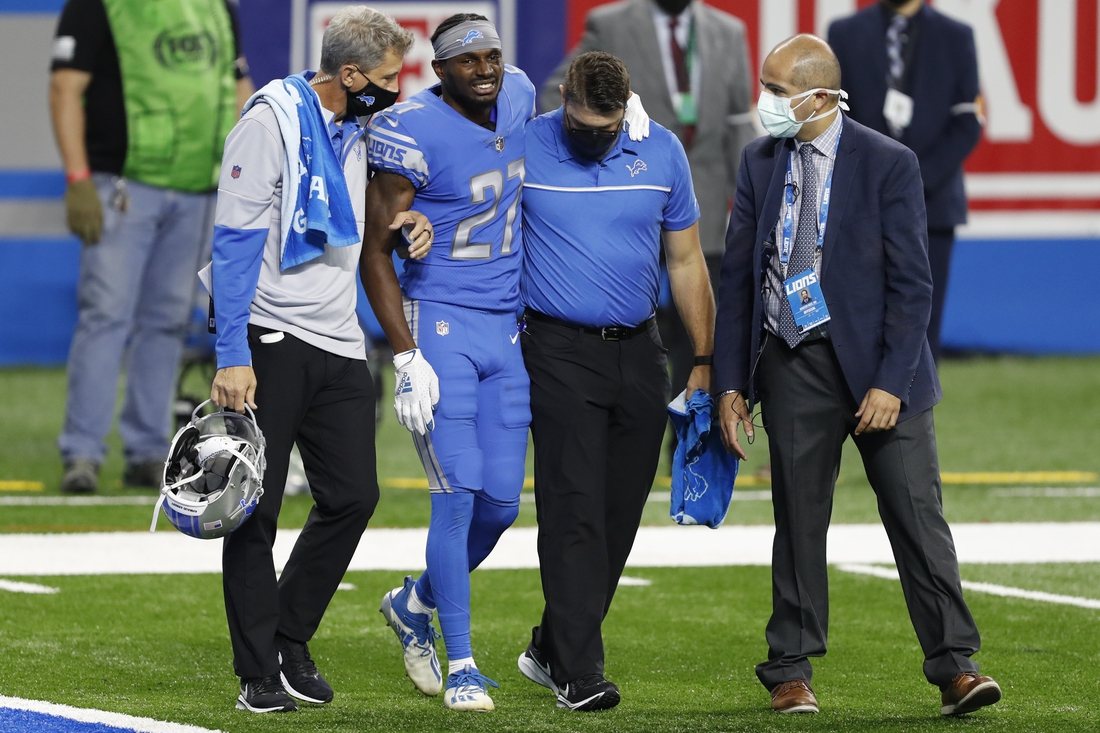 The Detroit Lions placed Justin Coleman on injured reserve Tuesday with a hamstring injury, according to reports.

The cornerback is a significant loss to a secondary that allowed Mitchell Trubisky and the Bears to rack up three fourth-quarter touchdowns in a Week 1 stunner.

The earliest Coleman can return would be Week 6 against Jacksonville. The Lions are on a bye in Week 5.

“It’s a leaguewide thing that everyone’s looking at,” Lions coach Matt Patricia said Monday. “It’s really groins and hamstrings. I would say those are the two areas, and then after that would be calves. It’s kind of that posterior chain that goes down through the back of your leg that right now we’re looking at from the stress on those.”

Darryl Roberts or Tony McRae are candidates to replace Coleman in Week 2 against Green Bay. Or Okudah, if the rookie is able to go this week.

Coleman has made 54 tackles with one interception, 14 passes defended and three forced fumbles in 17 games with the Lions. He played in all 16 games (11 starts) last year in his first season with Detroit.