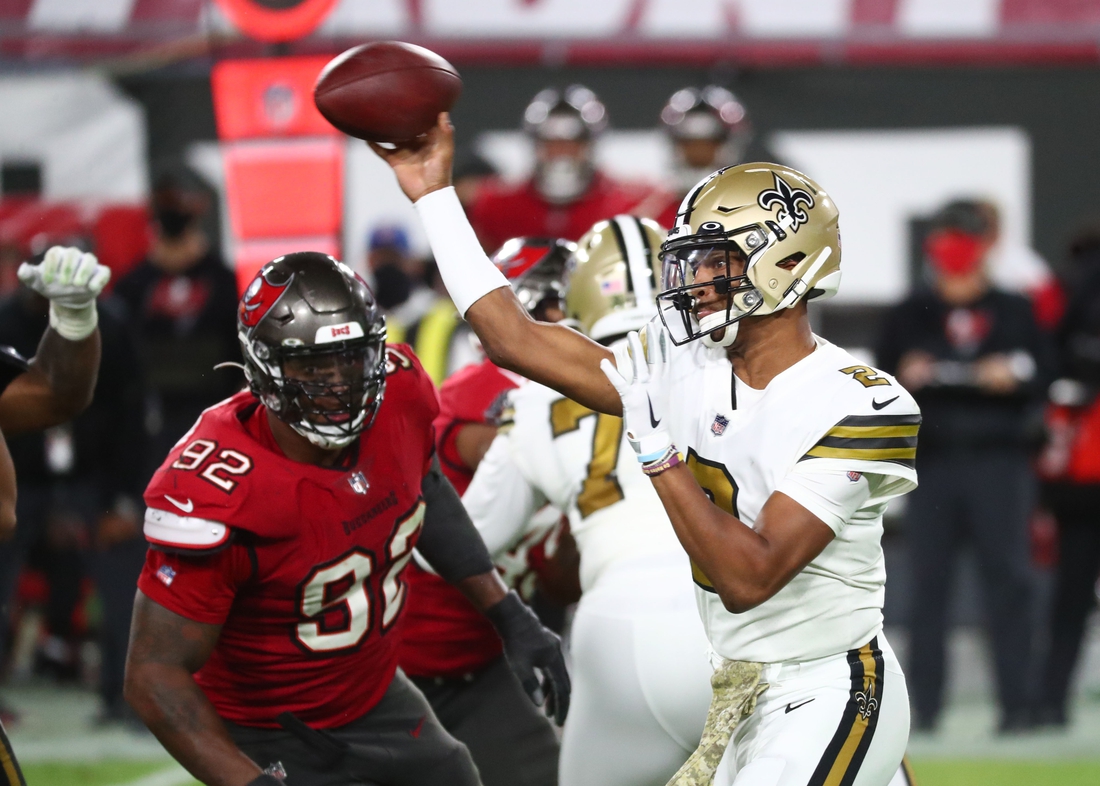 Jameis Winston replaced Drew Brees at quarterback for the New Orleans Saints to start the second half of Sunday’s game against the San Francisco 49ers.

The Saints announced Brees was questionable to return because of injured ribs. He absorbed a big hit during the first half, and cameras showed him pointing toward his right torso as he spoke afterward with head coach Sean Payton.

San Francisco defensive tackle Kentavius Street drew a penalty for roughing the passer on the hit that injured Brees. The Saints sent in Taysom Hill at quarterback with Brees lining up wide on the next play, and Hill stayed in for the next play as Brees headed to the sideline.

Brees returned for the following drive, which marked his last action of the half, before he was replaced at halftime. He had a 103.4 passer rating for the first half after completing 8 of 13 passes for 76 yards and a touchdown.

Winston, 26, made his Saints debut one week ago in relief as he completed his only pass attempt for 12 yards.