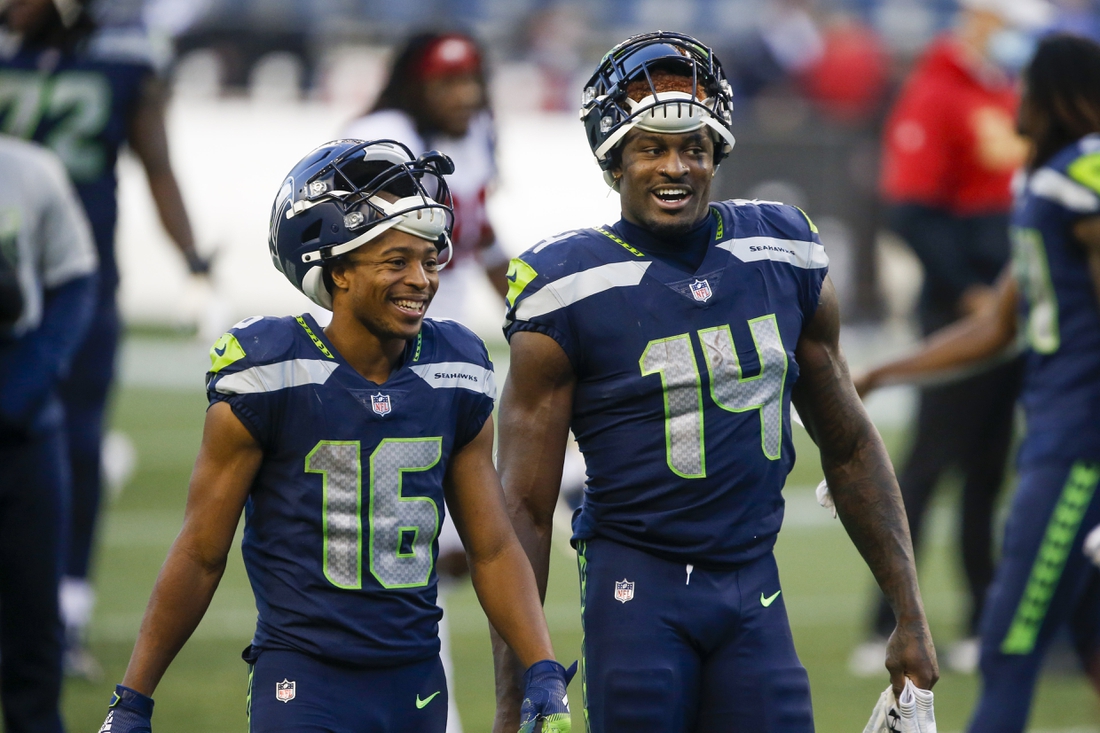 Metcalf set a record for single-season receiving yards with a 4-yard catch in the second quarter of Sunday’s road game against the San Francisco 49ers. The reception boosted Metcalf’s season total to 1,291 yards to eclipse that of Pro Football Hall of Famer Steve Largent, who finished with 1,287 yards in 1985.

At halftime, the Seahawks posted a video on Twitter of Largent congratulating Metcalf while wearing the latter’s No. 14 jersey.

“I want to say congratulations on the great year you are having so far and wish you the best in the future games and hopefully on into future games in the playoffs,” Largent said. “… I’m really proud of you, proud of the way you are playing. You’re playing hard and you’re playing tough.”

Lockett, who entered the game with 88 receptions, set a franchise record for catches in a single season — on the same drive no less. Lockett reeled in a 7-yard catch for his 95th reception to surpass the previous record shared by Bobby Engram (2007) and Doug Baldwin (2016).