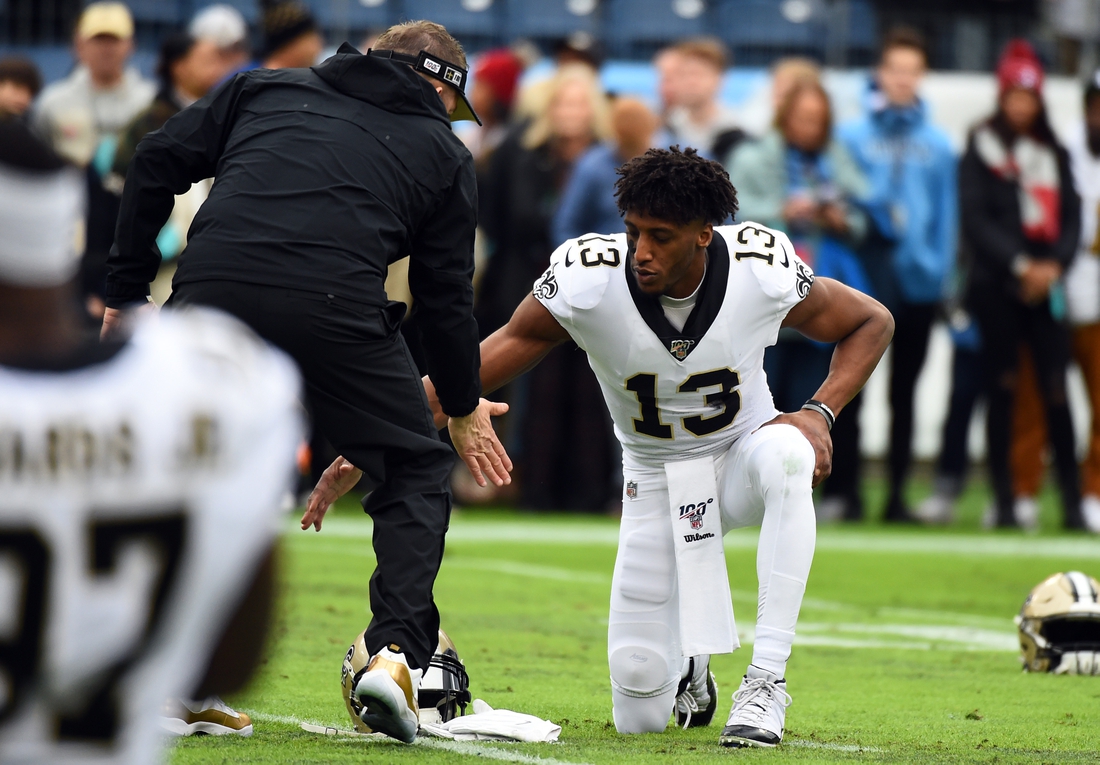 New Orleans Saints coach Sean Payton expressed his frustration Wednesday that star wideout Michael Thomas did not undergo surgery on his ankle earlier in the offseason.

Thomas reportedly will miss the start of the 2021 season as he recovers from surgery on an ankle injury that has plagued him for some time. He had the surgery in June, and reports said his recommended rehab period is four months.

“It appears we’re going to have to spend some time without (Thomas),” Payton told reporters Wednesday.

“It’s disappointing and we’ll work through it with the other players that are here. The surgery took place, and obviously we would’ve liked that to have happened earlier than later — and quite honestly it should have.”

Asked if there was a lack of communication between the Saints and Thomas’ camps, Payton only replied, “Nope, I’m gonna leave it at that.”

But he was injured in the 2020 season opener and ended up with just 40 catches for 438 yards and zero touchdowns in seven games.