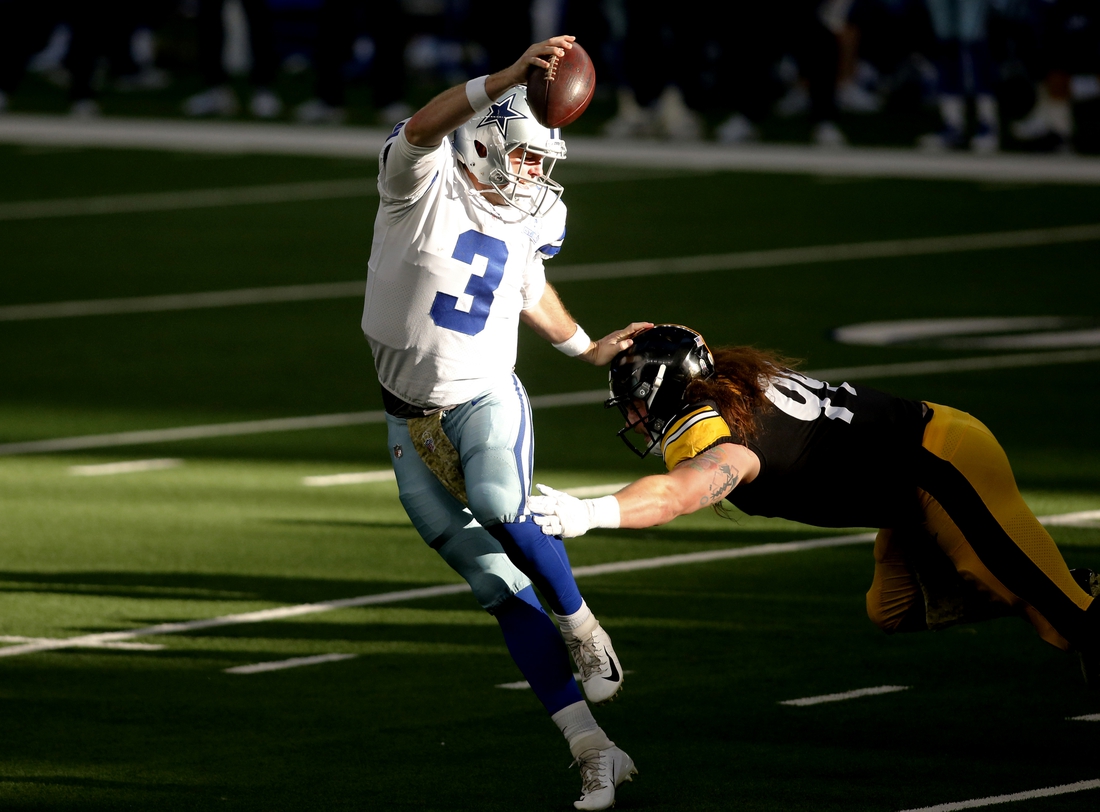 Quarterback Ben Roethlisberger led a six-play, 79-yard drive capped by an 8-yard touchdown pass to Eric Ebron with 2:14 left Sunday as the visiting Pittsburgh Steelers eked out a 24-19 win over the Dallas Cowboys in Arlington, Texas, to remain unbeaten.

The winning drive was keyed by Diontae Johnson’s 42-yard catch. Ebron leaped over Saivion Smith and into the end zone.

Pittsburgh, down 13 points in the first half and 10 points entering the fourth quarter, is 8-0 for the first time in franchise history.

Roethlisberger, who tweaked his left knee late in the first half but finished, was 29 of 42 for 306 yards, and also had touchdown passes to James Washington and Juju Smith-Schuster.

For Dallas (2-7), Garrett Gilbert, in his first career start because of injuries to Andy Dalton and Dak Prescott, was 21 of 38 for 243 yards with a scoring pass to CeeDee Lamb. Greg Zuerlein kicked four field goals.

On its first possession, Dallas took a 3-0 lead on Zuerlein’s 38-yarder.

In the second quarter, on their 25th series since their most recent touchdown, the Cowboys drove 65 yards and made it 10-0 as Gilbert rolled right and hooked up with Lamb in the end zone from 20 yards.

After holding Pittsburgh to 3-and-out, Cedrick Wilson tossed a long lateral to C.J. Goodwin on the ensuing punt return, and Goodwin ran 83 yards down the left sideline, but a block in the back at the Steelers’ 21 meant the Cowboys started at the 31. Dallas only advanced a yard, setting up Zuerlein’s 44-yard field goal for a 13-0 lead.

With 1:31 left in the half, Neville Gallimore hit Roethlisberger, who came up limping. But, three plays later, Roethlisberger threw 17 yards to James Washington in the back of the end zone. Chris Boswell missed the extra point, leaving it 13-6.

The first play of the fourth quarter was a 31-yard scoring pass from Roethlisberger to Smith-Schuster. Dallas blocked Boswell’s extra point attempt, and it was 19-15.