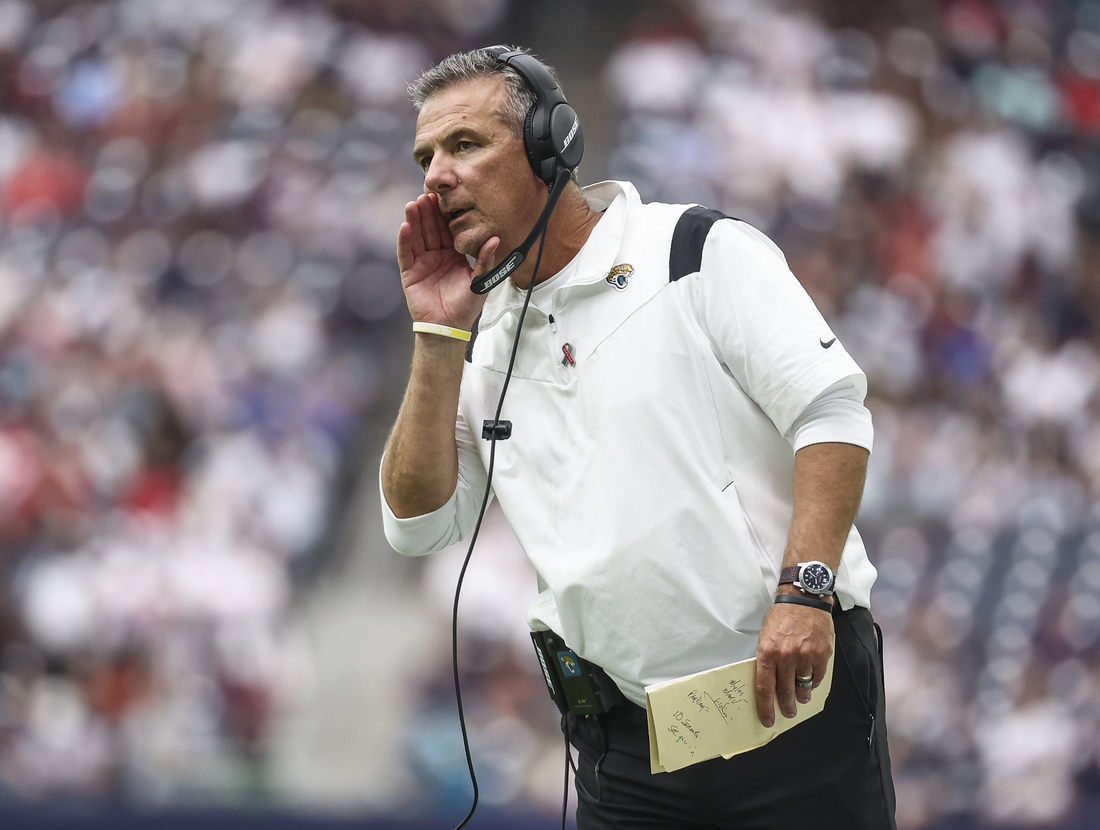 Taking over the Jacksonville Jaguars will not spare Urban Meyer from being connected to college football coaching rumors.

In his first press conference since Southern Cal fired head coach Clay Helton to create the prominent vacancy, Meyer was asked if he was a candidate to coach the Trojans.

“There’s no chance. I’m here and committed to trying to build this organization,” Meyer, 57, said Wednesday.

The Jaguars are 0-1 and preparing to play the Denver Broncos on Sunday.

Meyer is one of several coaches with other jobs loosely linked to the USC job. On Tuesday, Penn State coach James Franklin said he took time before practice to meet with the team and talk through his position on reports suggesting he could be the next coach of the Trojans.

“I can’t stand any form of distraction,” Franklin said. “I’ll discuss this with the (team’s) leadership council, so that we can make sure that all of our energy is on our preparation for Auburn.”

He stepped away from coaching at Florida to focus on his health in 2010 and took over at Ohio State in 2012. He retired early in 2019 after the Rose Bowl and joined FOX as a college football analyst.