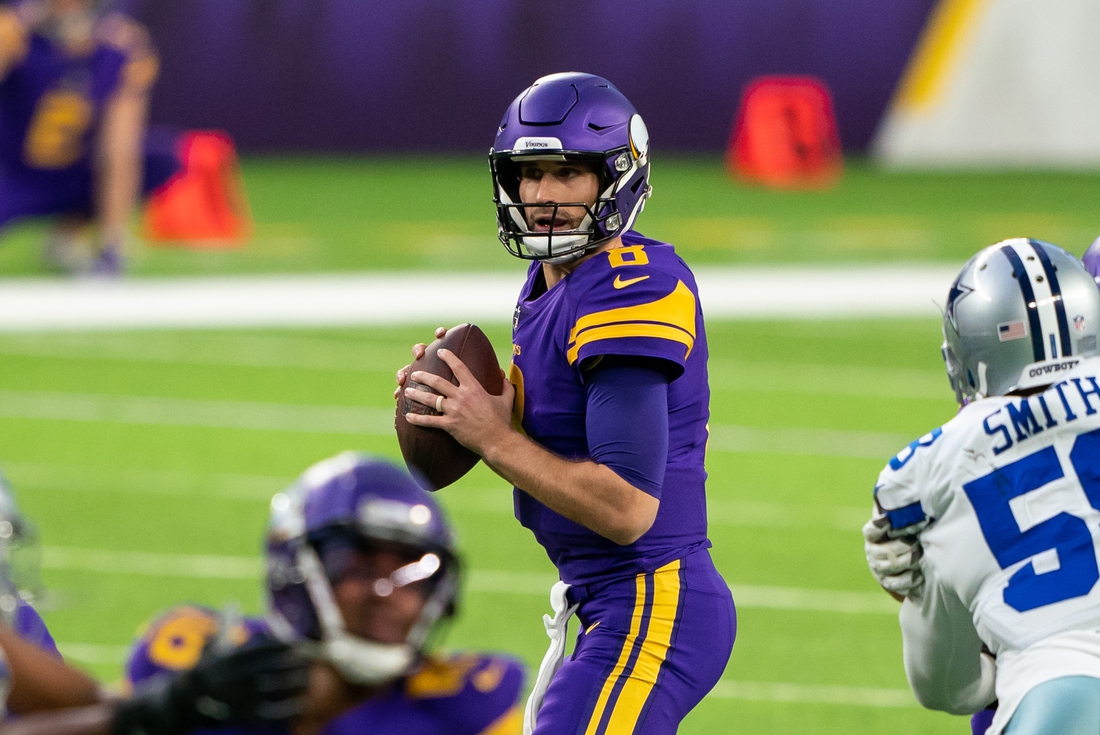 Kirk Cousins shook off previous struggles to steer the Minnesota Vikings on a game-winning drive against the Carolina Panthers last week.

Invigorating or not, those heroics figure to be far from the quarterback’s mind Sunday as the Vikings aim to continue their late-season playoff push with a win against the visiting Jacksonville Jaguars.

“You’re only as good as your last game, so you have to keep it going,” Cousins said. “And there never really is a moment where you sit down and feel like you’ve done something. Really, until the day you retire and walk away, you’re always kind of looking to climb the next challenge and make the next play happen, and that’s kind of where all my energy goes.”

The Vikings have won four of five following their bye to pull within one game of the NFC’s final wild card spot. At 5-6, Minnesota can reach .500 for the first time this season by defeating the reeling Jaguars, who will try to avoid their 11th straight loss.

Jacksonville (1-10) fired general manager Dave Caldwell following its latest defeat, a 27-25 home loss to Cleveland in Week 12. Shad Khan will retain coach Doug Marrone and his staff for the rest of the season, but the organization is navigating plenty of question marks about the future.

Veteran Mike Glennon is set to start at quarterback for the Jaguars despite one-time incumbent Gardner Minshew’s full recovery from a thumb injury. Marrone said Glennon — who was 20-of-35 for 235 yards and two touchdowns against Cleveland — gives the team the best chance to win and will keep the job with solid play.

“It’s good to have the respect of the coaches,” Glennon said, “but at the end of the day, it’s about going out there week after week and stacking good performances. … Five games left, and hopefully we continue to build on the things we did well and improve on the things I didn’t.”

Minnesota figures to have close to a full complement of offensive weapons available for the game after activating wide receiver Adam Thielen from the COVID-19 list this week.

Running back Dalvin Cook, who sustained an ankle injury against the Panthers but returned to the game, also appears ready. Cook had 18 carries for 61 yards while contributing four receptions for 21 yards. Although he was limited during Wednesday’s practice, Cook is expected to play against the Jaguars.

Cook ranks second in the NFL with 1,130 rushing yards and is tops with 13 rushing touchdowns. In the past five games, he has averaged 5.1 yards on 127 carries while running for six touchdowns, providing dependability and durability amid bumps and bruises.

“Once you step on the field and the ball is kicked off, you just go play,” Cousins said. “And you don’t really think about the hits. I don’t think you can. It doesn’t give you a chance to play your best football and give everything you have.”