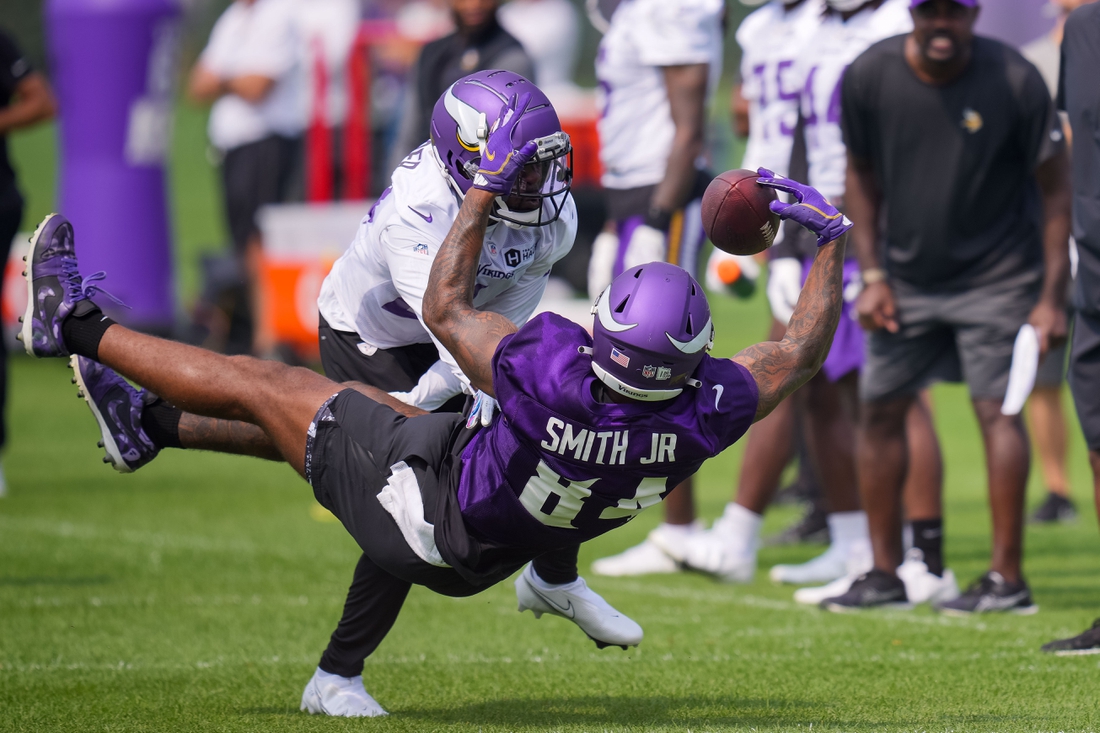 Coach Mike Zimmer did not specify a timetable for Smith’s recovery or speculate on a potential return date this season.

“We’ll see how that surgery goes, but Dr. Larson is one of the best in the country, so we expect a good turnout,” Zimmer said Monday.

“We’ll just see where he’s at. A lot of times you can’t really tell anything until you get in there. We really won’t know until they get in there.”

Smith, 23, played 11 snaps and caught both of his targets for 39 yards in Minnesota’s 28-25 preseason loss to the Chiefs. It was not clear when he sustained the injury.

The Vikings open the regular season on Sept. 12 against the host Cincinnati Bengals.

Zimmer acknowledged Monday that the team’s tight end depth is “not very good,” with Tyler Conklin, Brandon Dillon, 2021 fifth-round pick Zach Davidson and the undrafted Shane Zylstra on the roster. He said the team will be looking to add another player to the mix before final roster cuts.

Smith caught 30 passes for 365 yards and five touchdowns in 13 games (seven starts) last season. He has 66 receptions for 676 yards and seven scores in 29 games (14 starts) since the Vikings selected him in the second round of the 2019 NFL Draft from Alabama.