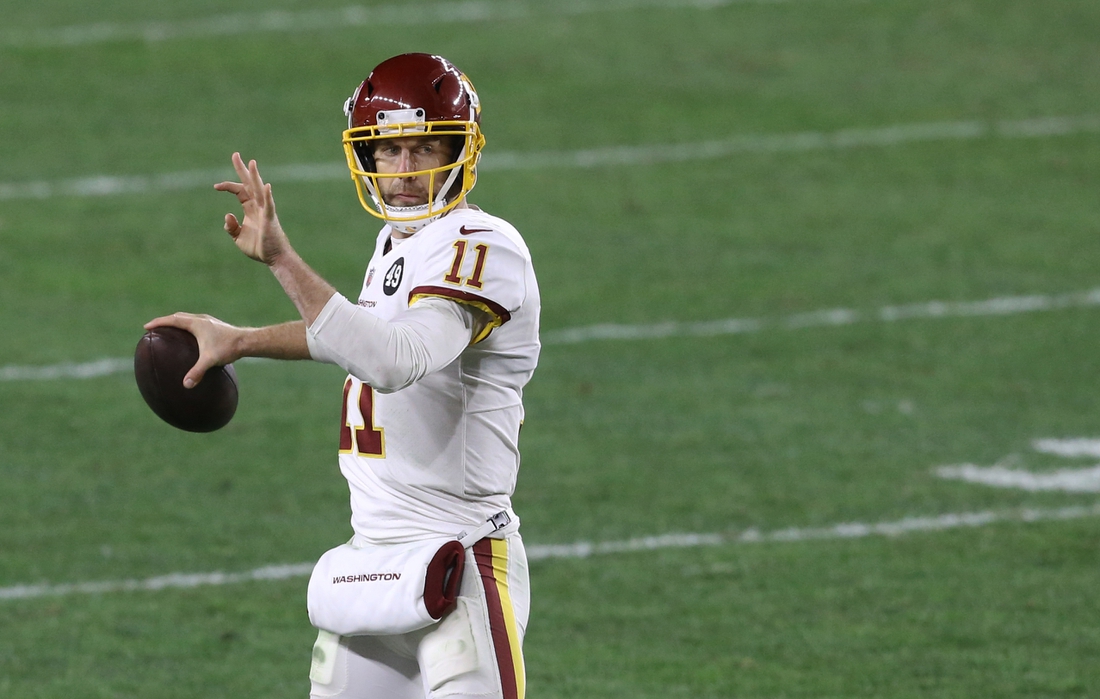 Washington Football Team quarterback Alex Smith was listed as a full participant in practice on Friday.

The designation is seen as progress for Smith, who has been sidelined since injuring his right calf in Washington’s 23-15 victory over San Francisco on Dec. 13.

It is not known whether Smith or Dwayne Haskins will be under center for Washington (6-8) on Sunday against the visiting Carolina Panthers (4-10).

Smith, 36, is 4-1 since taking over as the starter in Week 10. After missing all of 2019 recovering from a leg injury and a life-threatening infection, he has completed 66.4 percent of his passes for 1,420 yards with four touchdowns and six picks in seven appearances this season.

In six games (five starts) this season, Haskins has completed 62.9 percent of his passes for 1,285 yards with five TDs and five picks.

While Smith was listed as questionable to face the Panthers, wide receiver Terry McLaurin is considered doubtful after missing his third straight practice on Friday with an ankle injury.

Running back Antonio Gibson is listed as questionable after missing the last two games with a toe injury.

Washington holds a one-game lead in the NFC East over the New York Giants and Dallas Cowboys.