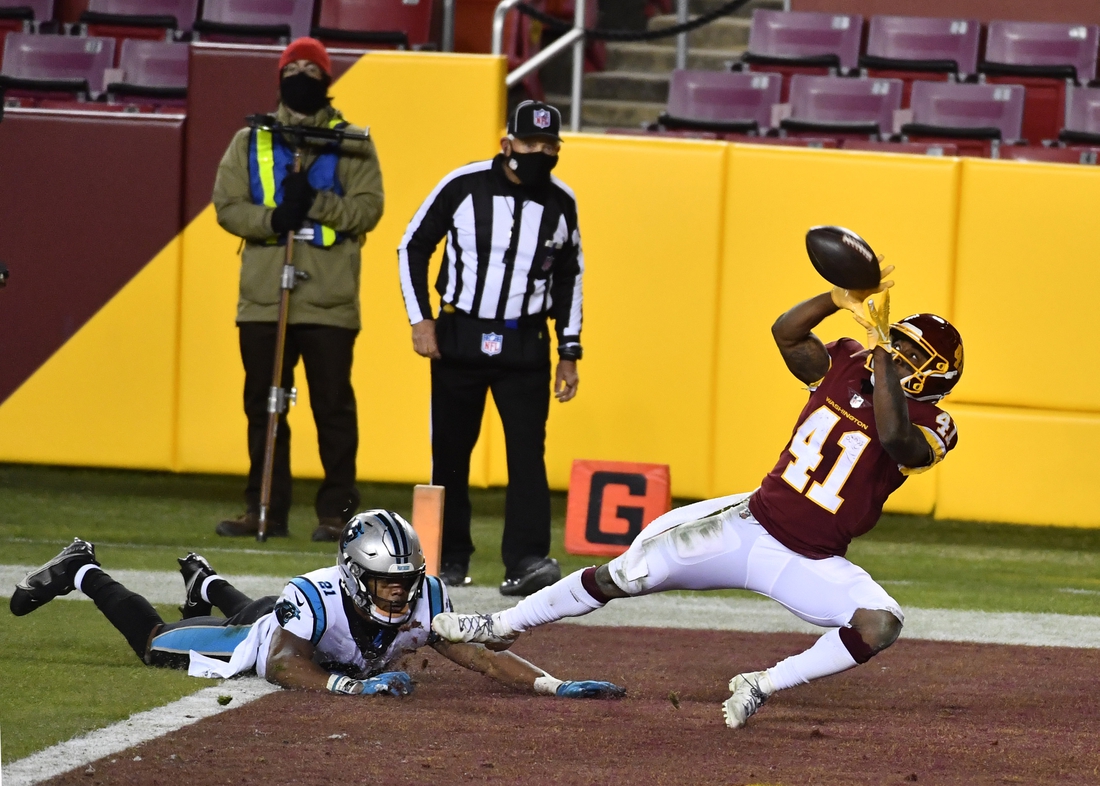 The battle for the last playoff spot comes down to the last game of the season and involves one of the last teams anyone thought would be in this position back in September.

The Washington Football Team (6-9), which began the season by abandoning a controversial nickname and ends it by moving on from a controversial quarterback, will clinch the NFC East with a victory Sunday night against the host Philadelphia Eagles (4-10-1).

A loss to the Eagles will give the division title and No. 4 seed in the NFC playoffs to the winner of Sunday afternoon’s game between the visiting Dallas Cowboys (6-9) and New York Giants (5-10).

Washington played well in two previous appearances in the national spotlight, roasting the Cowboys 41-16 on Thanksgiving Day and defeating the previously unbeaten Pittsburgh Steelers 23-17 in a Monday game in Week 13. Both of those wins were on the road.

“The one thing I will say, the other two games we’ve been on the stage: our guys came out and played well and had fun,” said head coach Ron Rivera. “That’s the biggest thing. We’ve got to get back to having a little bit of fun. The truth of the matter is we’re playing with house money. That’s the best part about it.”

In his first season on the job, Rivera has Washington on the brink of its first playoff berth since 2015.

“Take the pressure off ourselves and go have fun. That’s the truth of the matter,” Rivera said. “We control our own destiny. It’s in our hands. All the cliches. We’re going to have fun with it and go with it.”

Second-year quarterback Dwayne Haskins won’t be part of the fun. Washington released the 2019 first-round pick on Monday, the day after he committed three turnovers in a 20-13 loss to the Carolina Panthers and a few days after he was fined $40,000 and stripped of his captaincy for COVID-19 protocol violations.

Haskins passed for 178 yards and a touchdown in Washington’s season-opening 27-17 victory against Carson Wentz and the Eagles. Sixteen weeks later, Haskins is gone and Wentz is on the bench for the fourth straight game since losing his job to rookie Jalen Hurts.

Rivera is hoping Alex Smith will return after missing two games with an injured right calf. If not, Taylor Heinicke will run the offense for Washington. Smith did not practice Wednesday.

The Eagles, who have allowed 1,039 yards in their last two losses, want to make sure whoever is under center for Washington does not have any fun Sunday night.

Philadelphia defensive coordinator Jim Schwartz issued a “no-hat rule” this week, meaning he wants to make sure Washington doesn’t get to celebrate at Lincoln Financial Field.

“We’ve got to have a no-hat rule this week,” he said. “We can’t let opponents put division win hats on at the Linc. There’s a lot of pride in that, and all our focus has to be to accomplishing that this week.”