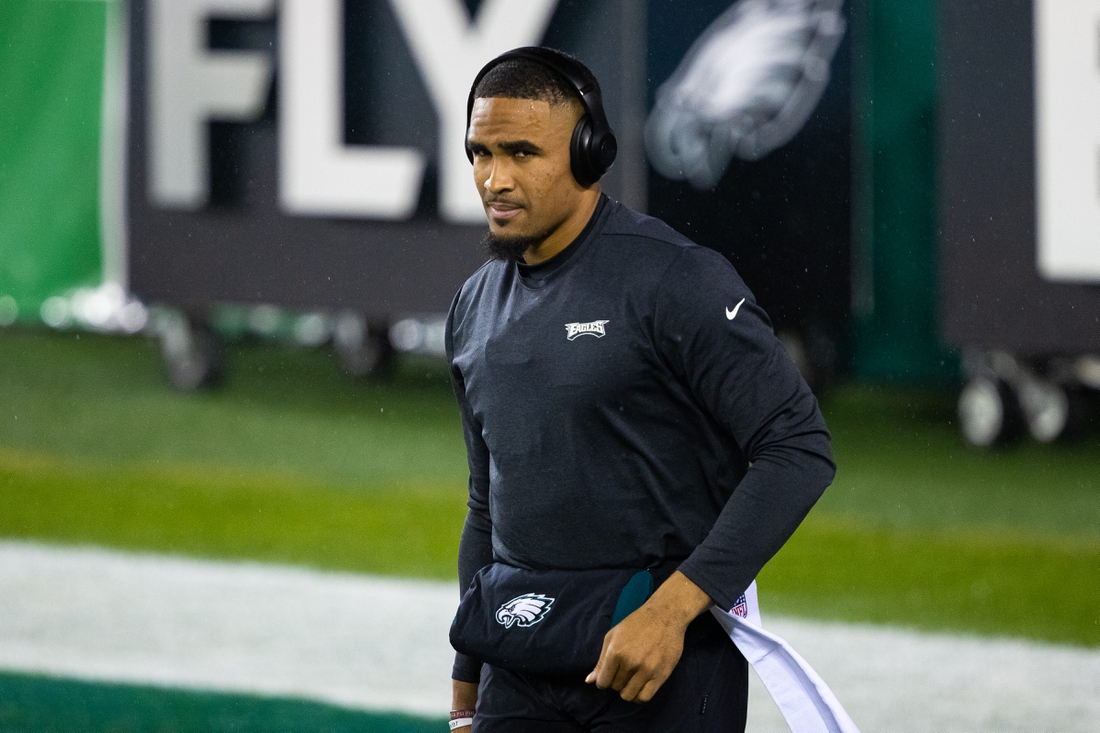 What’s in a number? Eagles QB Jalen Hurts to wear No. 1

The Eagles announced Friday that Hurts will wear No. 1 as opposed to the No. 2 jersey he wore after being selected by Philadelphia with a second-round pick in the 2020 NFL Draft.

For the record, Hurts wore No. 1 while with Oklahoma and No. 2 while playing at Alabama.

Punter Cameron Johnston wore the No. 1 jersey with the Eagles last season, however he signed with the Houston Texans last month.

In addition, backup quarterback Joe Flacco will wear No. 7 with the Eagles in 2021. Flacco previously has worn No. 5 during his career with the Baltimore Ravens, Denver Broncos and New York Jets, however No. 5 has been retired by the Eagles with respect to former quarterback Donovan McNabb.