The post William Hill And IGT Partner Up, Look to Dominate Sports Betting Connected to US Lotteries appeared first on SportsHandle.

Displaying assurance in their Rhode Island alliance and the probability that many states will operate sports betting through current lottery operations, IGT Global Solutions Corporation, a wholly-owned subsidiary of International Game Technology and William Hill U.S., a subsidiary of William Hill revealed Tuesday they have entered into a multi-year agreement to offer U.S. lotteries a full service solution for sports betting.

Rhode Island Lottery officials project that sports betting operations are not expected to be up and running at the state’s two casino locations until mid-November, well into the NFL and college football season.

Read more William Hill And IGT Partner Up, Look to Dominate Sports Betting Connected to US Lotteries on SportsHandle.

The post NFL Betting Lines Conundrum: What Happens When Everyone Bets the Home Team? appeared first on SportsHandle.
One of the most compelling aspects of the rollout of national sports wagering on a state-by-state basis is the ability of each state to provide different marketplaces for individual bettors.
In its infancy, well before the internet and the significant offshore market, the bigger sports bettors in Nevada spent considerable time, effort and even money, through the use of runners, to get the best number for the games they wanted to bet.
A number of factors have homogenized the betting lines in Nevada over the last 15 years. Major casino companies began running many sportsbooks at locations all over the state. There’s the emergence of the offshore betting market, the advent of the internet and the ability to make bets online, and later the smartphone putting books right into the bettor’s palm. With legal sports betting expanding across the U.S., another evolution is due: What happens when home teams take a ton of action as other bettors stand ready to take advantage?
College Football and NFL Betting Lines Plot Twist: ‘Line Shading’ and Finding Opportunity in New Markets

Nevada sports bettors in earlier decades could always count on the differences between the Las Vegas and Reno lines in NFL games involving the Raiders and 49ers. Those two Northern California teams — with a long tradition of winning and covering the point spread in the 1980s and into the 1990s — meant you would have to lay more points in Northern Nevada than in Las Vegas. This practice, sometimes called “line shading,” still exists in Nevada, but not to the extent it did a few decades ago.
For example, the line in Las Vegas might have been Raiders -3 against the Broncos, while in Reno it might be shaded in the Raiders direction with the Silver and Black favored -4.5. The money line, for those wanting to wager without the point spread, was usually adjusted or shaded to make the two Northern California teams less attractive to bettors and their opponents a more appealing play.
When Nevada was the only place to make a legal bet on sports, bookmakers had to create their own lines without the help of today’s modern technology. In the 70s, 80s and into the 90s the overall handle was miniscule compared to today. The huge growth of sports betting handle in more recent years in the state meant bookmakers had to alter their primary skill set to adjusting an existing line, rather than establishing an opening number that could attract too much action on one side.
The danger was created when a poor opening line had to be significantly changed, creating a “middle” where a bettor who had jumped on an early number might be able to then wager on a later spread. If the game fell in the middle, both bets could be winners.
Now, Nevada linemakers are able to consider lines posted offshore that have been “bet into,” or taken a wave of money, often millions. Line movements responding to betting action rather than injuries or outside factors do occur, but not to the extent or degree they did in earlier years.
It’s hard in today’s marketplace to find different lines up and down The Strip, so the only way the smart bettors get a little edge is to look for different lines offshore, where high volume allows bookmakers to hold less, but take in more big bets.
Nevada books need a much larger hold in order to pay for all the overhead that offshore operators don’t have. Offshore books will move lines to get “take back,” which is bets on the other side, while corporate books usually are not looking to move numbers for fear of the dreaded middle. 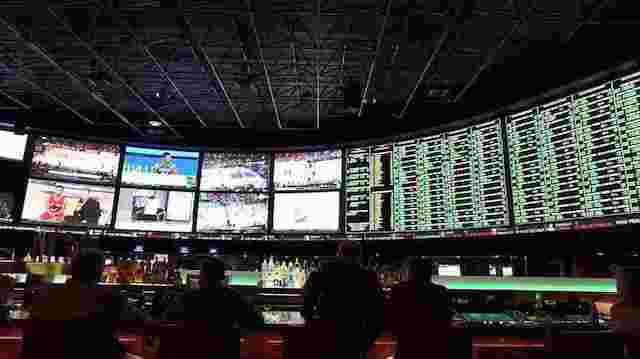 Variations in the marketplace can now be difficult to discover, so the emphasis has moved to a player seizing an opening or early line in which the bettor feels there’s a perceived edge, rather than looking for differences in numbers that have already been bet into. In more recent years, at least one major Nevada betting company, William Hill, with a major presence in northern Nevada, continues to offer some different betting lines in the north and the south to take best advantage of the differences in the two marketplaces.
However, look for the line differences to become more widely available and crucial once again in new sports betting states, such as New Jersey, where different sportsbook operators in different regions will be adjusting their lines with a definite lean to those fans in their area.
New sports bettors in the emerging U.S. markets will soon learn the value of getting the best number when the lose a wagers by a half point, commonly referred to as “the hook.”
With mobile apps taking on increasing importance in recent years, many major Nevada players have mobile accounts with different companies to take advantage of line differences, if possible. Some have even funded mobile accounts in person with sportsbooks in the north and the south so they can take advantage of line shading without having to journey to another part of the state. As long as they are “geo-located” in Nevada, they can bet with the outlet that gives them the line they want. Years ago, the smaller northern Nevada books even had phone accounts at the bigger Las Vegas books so they could lay off bets when wagers on the 49ers and Raiders created too much exposure to big losses.

Shading and Shopping Around: A Coming Example in the Northeast

The sports betting landscape in New Jersey and the whole Northeast Corridor is ripe for a resurgence of line shading as well as line shopping, as the various entities open up for sports betting. The lines for the New York teams will most certainly be shaded to take advantage of local fans that want to bet the local teams. However, in Atlantic City, much closer to Philadelphia, the teams from The City of Brotherly Love will have the betting lines shaded to take advantage of those fans.
Philadelphia Eagles fans may be better off betting their Super Bowl futures and win totals at the Meadowlands, near New York City, when it opens Saturday, rather than in Atlantic City. Likewise, Giants and Jets fans may get better numbers on the Boardwalk. And bettors who like the opponents of the New York Giants, New York Jets or Eagles? Go look for the lines in the hearts of those fan bases. 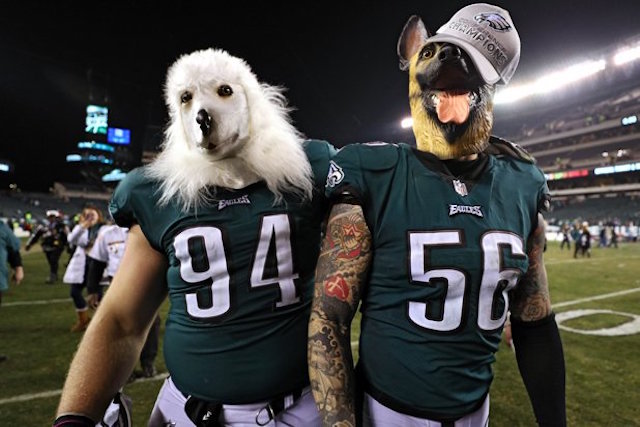 When phone and online betting opens soon in New Jersey and if you can, as expected, sign-up and fund mobile accounts without an in-person visit, serious bettors and, perhaps, the less serious, will likely open mobile accounts at every book possible and shop the lines to get the best number. Such shopping will be an important element and will make sports betting even more exciting that ever. After all, everyone loves a bargain, real or imagined.
Pennsylvania and New York will both (likely) enter the sports betting fray in the next 12 months. Serious players who live near the border of both states and near New Jersey are likely to have accounts in all three jurisdictions, so if the opportunity presents, they can make a short drive to access, via their mobile device, the number they like.
Whether they know it now or learn it later, bettors will soon realize how crucial getting the best number can be when it comes to fattening the wallet. Right now, with legal sports betting regimes still some time away in New York and Pennsylvania, residents will flood across the border to New Jersey to open accounts. You don’t have to be a state resident to bet in New Jersey, only physically located there to get down.
I can see cellular phone lots being built on the New Jersey side of the George Washington Bridge (GWB) or at the Garden State entrance to the Lincoln Tunnel so players can park, bet and go home. Along the New Jersey border, savvy tavern and restaurant owners will cater to these players, too. The promotion-minded Meadowlands, when it opens, may even offer to reimburse bettors for the GWB toll, now $15.00, or Lincoln Tunnel toll, now $10.50 on weekends.
Look for the smarter players to shop their number and the less experienced ones to learn quickly. As always, learning what to do and what not to do will cost money.
The post NFL Betting Lines Conundrum: What Happens When Everyone Bets the Home Team? appeared first on SportsHandle.