Recruiting rarely takes a back seat to anything in the world of college football, and it seems as if we've had more early commitments in recent years than ever before.

On Monday I presented my Top 25 team recruiting rankings as currently comprised. Today, let's take a look at the 20 best high school players who have yet to make a verbal commitment to a school. Of course, many of the biggest programs in America are hotly pursuing these top talents. 1. DE Robert Nkemdiche: Grayson High School; Loganville, GA
The 6-5, 265-pounder is simply the best defensive player in America. He registered 18 sacks and 36 tackles for loss in 2011, and he helped lead his team to a state title as a junior. Oh, and he also ran for 528 yards and scored 17 touchdowns on offense — proving just how freakishly athletic and versatile he can be at the next level. Alabama, LSU, Clemson, Ole Miss and Georgia are all heavily involved in his recruitment. 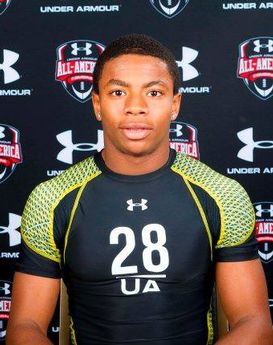 Will Vernon Hargreaves III land at USF, where his dad coaches?

2. CB Vernon Hargreaves III: Wharton High School; Tampa, FL
The 5-11, 185-pounder notched two interceptions and accounted for 11 touchdowns as a junior. His father is a coach at South Florida, and he holds offers from many of the top schools in the country, including Alabama and USC. Florida is considered a top contender, while Notre Dame and Michigan are trying to get him to come to the Midwest.

3. OT Laremy Tunsil: Columbia High School; Lake City, FL
The 6-6, 295-pounder has great athleticism for an offensive tackle, and he has the body type to add weight without losing effectiveness. Alabama is among his top schools along with Florida, Florida State, Georgia, LSU, Oklahoma, Ole Miss and USC.

4. WR Ricky Seals-Jones: Sealy High School; Sealy, TX
The 6-5, 220-pounder was named his district’s MVP as a junior while playing quarterback and safety. He could be an effective tight end but will most likely end up being a big receiver and a clutch red-zone option. His recent decommitment from Texas has LSU and Baylor fans excited because both of those schools are believed to be open to him playing basketball as well.

6. CB Mackensie Alexander: Immokalee High School; Immokalee, FL
The 5-11, 175-pounder had 42 tackles, three interceptions, two fumble recoveries and six pass breakups in 2011. He decommitted from Tennessee in March after his stock was rising, and he now has offers from major powers such as Alabama, LSU, Florida and Florida State.

7. DT Montravius Adams: Dooly County High School; Vienna, GA
The 6-3, 281-pounder notched 45 tackles for loss and 10 sacks in 2011. SEC teams are all over him, but so are USC, Clemson, Miami and Michigan State.

9. CB Kendall Fuller: Our Lady of Good Counsel High School; Olney, MD
The 5-11, 190-pounder made 26 tackles and had three interceptions on defense while catching 26 passes for 527 yards and five touchdowns on offense as a junior. Maryland, Virginia Tech, Clemson, Alabama, Michigan, and Tennessee are the finalists. Will he follow former teammate Stefon Diggs to College Park?