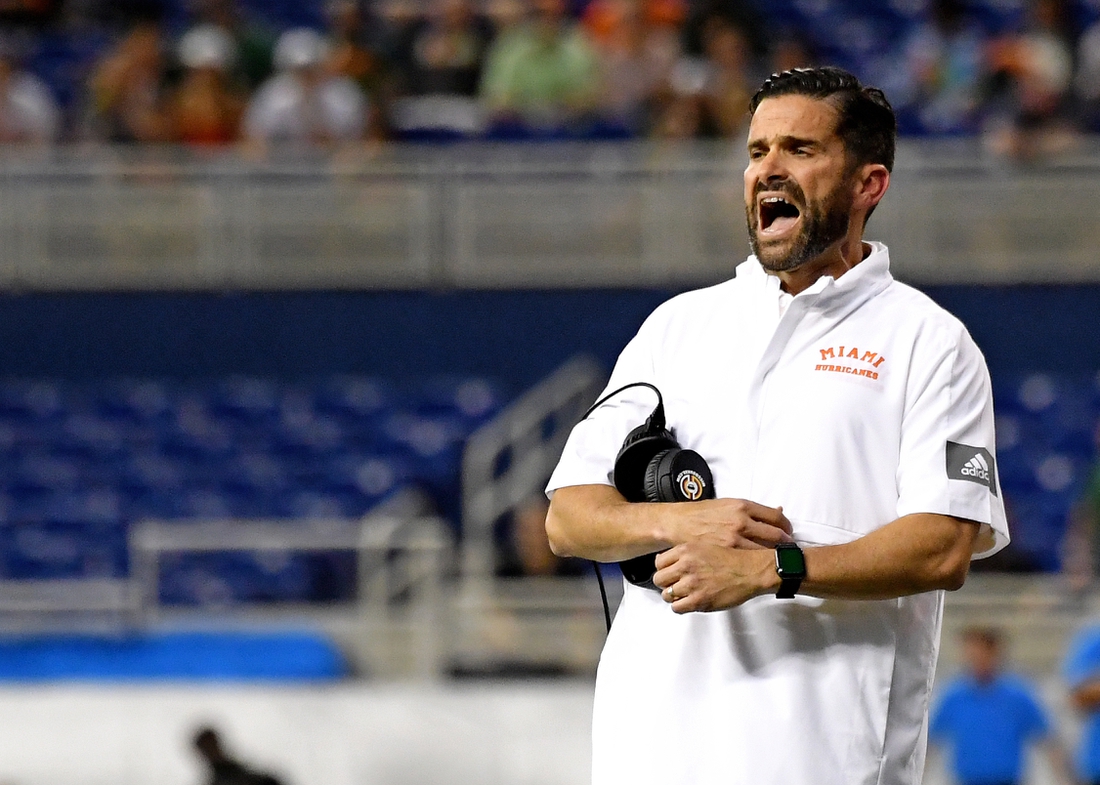 Hurricanes down UAB in King’s debut

D’Eriq King, making his Miami debut, threw for one touchdown and ran for another as the host Hurricanes defeated the UAB Blazers 31-14 on Thursday night at Hard Rock Stadium.

It was the 16th consecutive game that King — a University of Houston graduate transfer — passed for at least one touchdown and ran for another, which extends his FBS record.

Running back Cam’Ron Harris added a game-high 134 yards and two touchdowns on 17 carries as Miami (1-0) snapped a three-game losing streak dating to last season. Harris averaged 7.9 yards per rush, but he suffered an unspecified injury with 12:09 left in the fourth.

UAB (1-1) was led by Spencer Brown, who ran for 74 yards and one touchdown, and quarterback Tyler Johnston, who passed for 150 yards and one score.

The Blazers opened the scoring on Johnston’s 16-yard touchdown pass to Austin Watkins with 2:40 left in the first quarter. The TD was set up by Mark Pope’s fumbled punt, recovered by UAB’s Jarrion Street. The ball was jarred loose by Jacob Fuqua.

Miami tied the score just 96 seconds later as coach Manny Diaz gambled on fourth-and-one from his own 34. Harris made the bold move pay off, busting a 66-yard TD run up the middle.

The Hurricanes took a 14-7 lead on King’s 12-yard scramble for a score. King vaulted the final three yards over a tackler, marking the only second-quarter score.

Miami stretched its lead to 17-7 with 10:04 left in the third on Jose Borregales’ 25-yard field goal. But King could’ve had a TD pass three plays prior to that as he missed an open Jeremiah Payton in the end zone.

UAB closed its deficit to 17-14 with 6:19 left in the third on Brown’s six-yard TD run. On the previous play, UAB lined up to go for it on fourth-and-four and then drew Miami defensive end Quincy Roche offsides.

Miami closed out the third-quarter scoring with two more touchdowns.

First came a six-yard run by Harris, who bulldozed linebacker Noah Wilder at the two. Then, on the final play of the quarter, King flipped a four-yard TD pass to tight end Brevin Jordan in the left corner of the end zone.