SALT LAKE CITY (AP) — A Utah State football player has been charged with sexually assaulting a woman at a party.
Prosecutors who filed rape and forcible sodomy charges Thursday say 19-year-old Las Vegas native Jamaal A. Evans took an intoxicated woman into another room and assaulted her June 17.
Charging documents say he told police the encounter was consensual. His lawyer could not immediately be reached for comment.
Evans, a linebacker, redshirted as a freshman last year. He’s now been suspended.
The charges come as a former Utah State player heads to trial on charges alleging he assaulted seven women. Torrey Green has maintained his innocence.
Two fraternity members have also pleaded guilty in sexual assault cases in recent years. 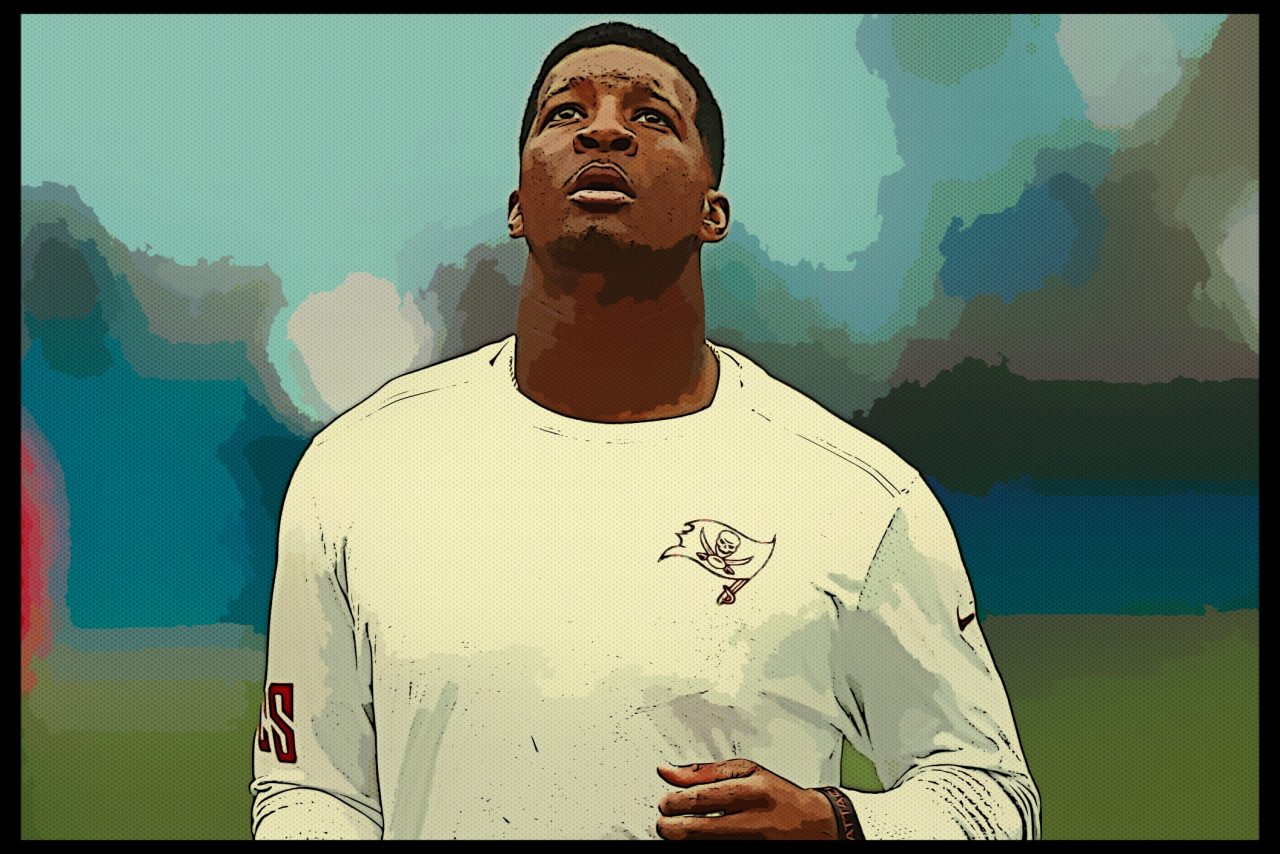 Jameis Winston is the latest player to be suspended by the NFL after his incident with an Uber driver last winter. Jameis’ incident is not a typical case, most suspensions in the NFL are drug-related.
Whether player-enhancing or player-relaxing, most suspensions fall under those two categories. As of right now there are 12 players suspended for PEDs and two for marijuana-related charges.
Below is a list of all the players currently suspended, their charges and the length of their suspensions:
[table id=2 /]
This table will be consistently updated as new players are suspended
Added notes:
Vontaze Burfict: Claimed it was Adderall in his defense hearing. That would be substance abuse not a PED under NFL rules. The NFL denied his appeal.
Mark Ingram: Claims he tested positive for a substance that is allowed under the NFL rules. The NFL denied his appeal.
Josh Huff: Released by the Eagles after his arrest. He was arrested for unlawful possession of a firearm and marijuana under 50 grams when he was pulled over for speeding.
Roy Miller: He was waived from the Chiefs after being arrested on domestic battery charges. While the NFL declined to say that was the reason for his suspension, it’s not hard to connect the dots.
Jameis Winston: Last February, an Uber driver alleged that Winston grabbed her crotch. The investigation lasted seven months but it was reported he was receiving a three-game suspension on June 21st.

The news that Tyler Hilinski, the Washington State quarterback who shot himself with a rifle in January and left a suicide note, was diagnosed with chronic traumatic encephalopathy this week left researchers again warning about the dangers of tackle football.

Hilinski, 21, was diagnosed with Stage 1 CTE, the earliest stage of the disease that has been linked to the repeated head trauma common in football and other contact sports. His parents told Sports Illustrated that doctors from the Mayo Clinic said his brain as if it had come from a much older man.

“Did football kill Tyler? … I don’t think so,” his mother, Kym Hilinski, told SI. “Did he get CTE from football? Probably. Was that the only thing that attributed to his death? I don’t know.”

Here are some other questions and answers about the disease, and Hilinski’s story:

A degenerative brain disease known to cause violent moods, depression, dementia and other cognitive difficulties, CTE has been linked to the repeated hits to the head endured by football and hockey players, boxers and members of the military.

Researchers have found evidence that the severity of the symptoms is increased for those who sustained concussive or sub-concussive blows at a younger age.

HOW MANY CONCUSSIONS DID HILINSKI HAVE?

Hilinski’s parents told SI of that a hit he took as a college freshman that “rocked him,” and they noted changes in his behavior after it. But studies have shown that even those who remember just a few concussions probably sustained many more that were undiagnosed — often dismissed as “stingers” or “getting your bell rung.”

Although quarterbacks can take fewer blows to the head than players in the open field, like running backs or receivers, many QBs were among those diagnosed with CTE in the most complete study of the disease in former football players . (Hilinski also played receiver, and SI reported that as a linebacker in youth football he was known as a hard hitter.)

Researchers have also found a link between CTE and hits not hard enough to cause a concussion, like those sustained by offensive linemen, or soccer players from heading the ball.

IS CTE COMMON IN PEOPLE THIS YOUNG?

It’s not common, but there’s a big caveat: CTE can only be diagnosed in an autopsy, so young brains are less frequently studied. Still, it has been found in people who died as young as 17, and many victims were in their early 20s.

Kyle Raarup, a Minnesota youth hockey and football player who killed himself at the age of 20, gave up sports at 14 because of post-concussion syndrome. He was found to have Stage 1 CTE.

DID CTE CAUSE HILINSKI’S SUICIDE?

It’s not possible to blame CTE for any specific death; nor is it possible to link any blow to the head to an diagnosis of CTE. Researchers are still trying to figure out why some people get CTE while others don’t; in general, the brains that are studied have been donated by those who saw disconcerting behavior.

According to Chris Nowinski, a founder of the Concussion Legacy Foundation, several dozen of the cases studied came to the brain bank as the result of suicide. “There’s a well-known link between even a single concussion and the increased risk of suicide,” he said.

WHAT CAN BE DONE?

Citing evidence that brain damage is more severe for those who began playing contact sports earlier, researchers have called for a ban on tackle football for children younger than 14. Five states — New York, New Jersey, Maryland, Illinois and California — are discussing such legislation.

Some colleges are moving away from hitting in practice; the Ivy League has banned it entirely. The NFL has also taken steps to limit contact outside of the games, while adopting other rules to minimize the danger of concussions like de-emphasizing kickoff returns.

Many sports have instituted concussion protocols designed to keep players who may have sustained a traumatic brain injury from returning to the game. Educational initiatives directed at players and coaches attempt to show the dangers of playing after a concussion.

Ward died June 20 in Knoxville at the age of 88. He served as the radio voice of Tennessee football and men’s basketball for over three decades before retiring.

The Wednesday night ceremony at Thompson-Boling Arena featured some of Ward’s most famous calls interspersed with tributes from former colleagues, players and coaches.

Fulmer recalled being a 16-year-old who drove “to find the highest hill in Winchester, Tennessee,” for the chance to listen to Ward’s broadcasts.

Tennessee Gov. Bill Haslam sent a letter in which he wrote that “growing up in Knoxville as a UT sports fan, it is John Ward’s voice that is the backdrop to all those memories.” Former Tennessee and NFL star quarterback Peyton Manning sent a videotaped message in which he called Ward “an incredible human being” and “one of the great Tennessee Volunteers of all time.”

He started every game by saying “It’s Football Time In Tennessee” and would say “Give Him Six” after Tennessee touchdowns.

Ward was named Tennessee sportscaster of the year 28 times. He was inducted into the Tennessee Sports Hall of Fame in 1991.

FAIR LAWN, N.J. (AP) — The brother of New York Giants cornerback Janoris Jenkins has been arrested and charged with manslaughter in the death of a 25-year-man whose body was found in the NFL player’s New Jersey home.

The Bergen County prosecutor’s office says 34-year-old William H. Jenkins, of Fair Lawn, was arrested Tuesday and charged Wednesday with aggravated manslaughter in the death of Roosevelt Rene, whose body was discovered Tuesday.

Acting Prosecutor Dennis Calo said Wednesday that William Jenkins is in custody in the Ontario County Jail in New York State. The investigation is ongoing.

The team announced the signing of the guard from Auburn on Wednesday.

The Colts selected the 6-foot-6, 315-pound Smith with the 37th overall pick in the draft. He started 41 consecutive games for Auburn and won the 2017 Jacobs Blocking Trophy as the Southeastern Conference’s top blocker.

The Colts have signed 10 of their 11 draft picks. The Colts’ lone unsigned draft choice is second-round selection Darius Leonard, an outside linebacker from South Carolina State taken with the 36th overall pick.

McAulay retired recently after 20 years as an on-field NFL game official, and a college football officiating administrator for the past 10 seasons.

McAulay will be onsite at “Sunday Night Football” and Notre Dame games, moving between the broadcast booth during the game and the studio set for pregame and halftime shows.

McAulay was a referee for 17 of his 20 NFL seasons (1998-2017), previously serving as a side judge and a field judge. He led the officiating crew in three Super Bowls and worked 15 additional NFL playoff games.

Also, he was the American Athletic Conference’s coordinator of football officiating since 2008 (the Big East Conference from 2008-13). As an on-field college official, McAulay was the referee for the Nebraska-Tennessee national championship game in January 1998. 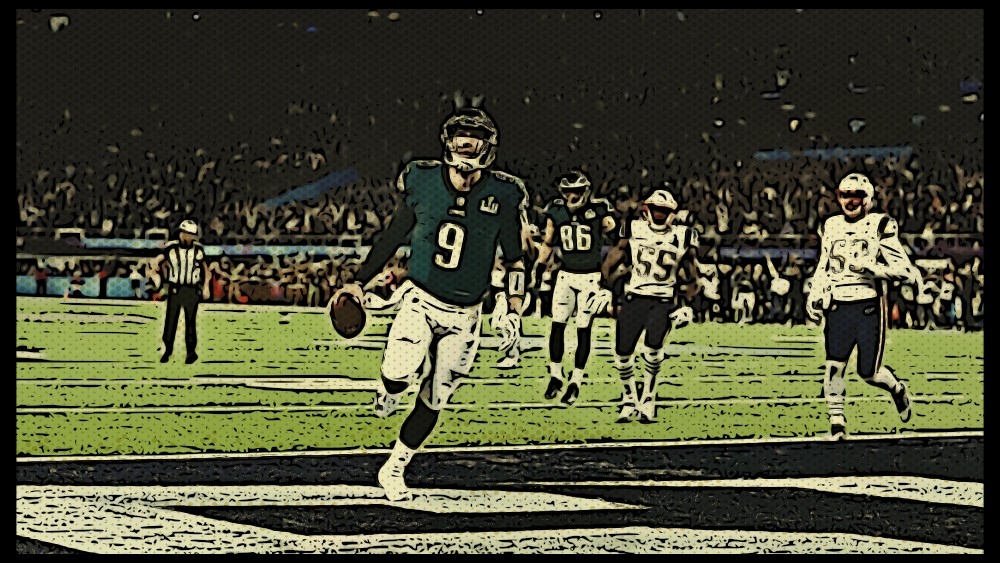 After back-to-back 7-9 seasons, would anyone have predicted the Eagles would win Super Bowl LII? Did anyone believe that the Giants would miss the playoffs in the three seasons following the team’s win over the Patriots in SB XLVI?
Predicting the success of a Super Bowl winner before the next season begins is far from an exact science. Unless it’s the Patriots, who will lose a game near the end of the regular season to a less-than-average team, soar through the playoffs and then play in an exciting Super Bowl. Also, there will be a game in there where one of their four running backs scores three touchdowns and it will be against your fantasy football team. Classic Pats. But, if you aren’t a diehard Patriots fan, your team’s season won’t be as predictable.
We decided to take a look at how teams have fared in the three years before and after they won a Super Bowl since 2008. Use the dropdown box to select a year, and hover over the dots to see the results.
{{CODE1}}

MINNEAPOLIS (AP) — The Minnesota Vikings have agreed to terms on a contract extension with defensive end Danielle (DUH’-neel) Hunter, securing another core player before he can reach free agency.

The Vikings announced the deal on Wednesday. Terms weren’t disclosed.

Hunter has 25½ sacks in three seasons, after being drafted in the third round in 2015 out of LSU. Still only 23 years old, Hunter was a top priority to retain at a premium position. Fellow defensive end Everson Griffen is 30, and primary backup Brian Robison is 35.

The Vikings extended middle linebacker Eric Kendricks earlier this offseason. Outside linebacker Anthony Barr and wide receiver Stefon Diggs are their other two standouts on expiring contracts, with space under the salary cap dwindling.

In four seasons of the College Football Playoff a total of nine programs have filled the 16 semifinal spots. Which teams could be next to crack into the football’s final four?

AP voter Matt Brown, an editor and writer for The Athletics’ All-American vertical, says Michigan or Penn State are among the most likely to be a first-time playoff participant. AP college football writer Ralph Russo suggests another Big Ten team or maybe Miami.

Brown joins Russo for the “AP Top 25 College Football Podcast” where they talk the history of people complaining about too many college football bowls, the future of the playoff and potential breakout teams for 2018. Could Boston College be this season’s North Carolina State in the Atlantic Coast Conference? What about Kansas State in the Big 12?